Voice over IP turns up the volume 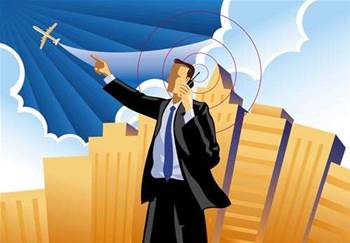 Convergence of GSM mobile telephony and VoIP is gaining momentum, according to the Wi-Fi Alliance, which today certified its 100th Wi-Fi phone since 2004.

"The growth in certification reflects the momentum for Wi-Fi cellular phones, and carriers' enthusiasm for the unique voice and data capabilities Wi-Fi adds to a handset," said Wi-Fi Alliance managing director Frank Hanzlik.

Additional programmes to test voice performance over Wi-Fi are planned for later in 2007, as are enhancements to the core handset testing programme.

ABI Research forecasts that in 2011, more than 325 million converged Wi-Fi/cellular phones and 15 million single-mode Wi-Fi phones will be shipped.

"With fixed-mobile convergence solutions on the rise, even more smartphones and feature phones are including Wi-Fi to provide a choice of connection options based on throughput, coverage or cost needs."

Hanzlik added: "Much as Wi-Fi certification improved the user experience with basic 802.11 networking products and enabled very widespread adoption of the technology, our handset testing programmes will be a key enabler of adoption in the convergence space."

Got a news tip for our journalists? Share it with us anonymously here.
Copyright ©v3.co.uk
Tags:
ipnetworkingovertheturnsupvoicevolume