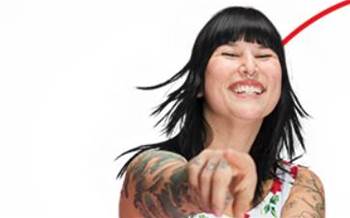 Infrastructure still being defined, while much of VodaWorld is already software-defined.

Vodafone Australia is still “in the detailed planning phase for 5G”, while 15 other members of the global group have put up their hands as users of software-defined networks they say are essential to deliver next-generation wireless services.

This story starts with a VMware press release issued a couple of weeks ago at Mobile World Congress (MWC) that says “With 5G on the horizon, Vodafone has focused on building an underlying cloud infrastructure foundation that speeds up deployment of current 4G services while introducing 5G readiness, without requiring disruptive and expensive re-platforming.”

That underlying infrastructure is the VMware Telco Cloud platform, a collection of tools that enables network function virtualisation (NFV), the practice of delivering network services as software rather than in dedicated appliances.

NFV is held to be a must-have as 5G delivers ubiquitous connectivity. To understand why, consider a 5G-connected sensor that collects data and only uploads it when on-device analytics decree it sufficiently significant. It;s best if that upload is properly secured, so the sensor needs virtual private network and firewall. Installing that dedicated hardware alongside every sensor is ruinously expensive, and baking it into sensors creates a need to manage both a sensor and more complicated firmware. Automatically spawning both as virtual network function that runs on a server somewhere is far more cost effective.

Running workloads whenever and wherever it is convenient to do so is VMware’s bread and butter, so it’s not a stretch to get into NFV.

Vodafone certainly likes its wares: that press release we mentioned above includes a canned quote from the company’s Chief Technology Officer Johan Wibergh to the effect that “The ability to be flexible and agile as we continue to automate our network operations and management could only be achieved through a software-defined infrastructure.”

Wibergh adds “We have been pleased with the accelerated time-to-market and associated economic benefits of our transition to NFV and, increasingly, a telco cloud infrastructure. We’ve teamed up with VMware based not only on its technology leadership and innovation, but the ability to get operational deployments up and running within our requirements.”

And not just impressed, but impressed enough to do it in 15 countries.

“Australia isn’t one of the markets involved in the announcement made by Vodafone Group and VMWare,” a Vodafone Australia spokesperson told iTNews. “We are currently carrying out detailed network infrastructure planning for 5G, including timeline and vendors, and we will announce details when they are finalised.”

We do hope that’s true: just a couple of weeks back Vodafone Australia told us “we don’t disclose details around our back end systems” when we learned of a “brand new e-commerce platform” the carrier plans to deploy.

The spokesperson also told us that Vodafone Australia is “able to draw on the resources of two global telecommunications companies”. Yet it hasn’t been able to finalise a plan based on work from either company, so far, while 15 siblings are already in the software-defined game.

NSX comes in three flavours. NSX Cloud is hosted. NSX for vSphere is built for VMware’s flagship virtualisation product. And NSX-T is for just about any environment that can run a workload, be it a non-VMware hypervisor, containers, public and/or private clouds and even bare metal servers.

At MWC VMware announced the two products will come together under the name “NSX-T Data Center”. It also revealed a new version 2.4 that adds networks-as-code so that DevOps teams can create and manage networks, scaling to thousands of servers, improved portability for security policies across virtual networks and simpler UIs to make this all happen.