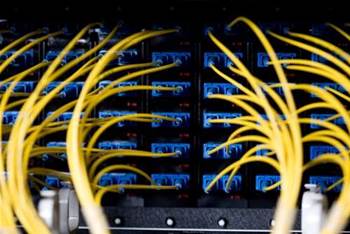 New Zealand's second-largest telco and ISP Vodafone has made its long-awaited entry into the country's fibre-to-the-home retail market, with bundled service offerings that include television programs and mobile phone plan discounts.

Running over the New Zealand government backed Ultra-Fast Broadband (UFB), Vodafone's service comes in two flavours, with and without phone land line, and running at 30/10 megabit/s down and upload speed, with a 100/50 megabit/s option available.

Parts of Auckland, Wellington and Christchurch, along with provincial centres Whangarei, Palmerston North and Dunedin will get the Vodafone UFB plans first.

The TV service won't be available over VDSL2 however, a spokesperson for Vodafone told iTnews.

While the internet part of Vodafone's service has data caps ranging from 80 gigabytes a month to 250 gigabytes, the Sky TV component will not count towards that, the spokesperson said.

"The Sky component is broadcast from our broadcast head end in Wellington over our fibre network and then through the Chorus network to the home," the spokesperson said.

"We are not imposing data caps. Vodafone TV is un-metered and is not linked to the customer's data plan," according to the spokesperson.

So-called naked plans without phone lines start at NZ$95 for 80GB, going to NZ$149 for 250GB. Customers with "eligible" Vodafone on-account plans can get a NZ$30 discount on the naked plans.

The pricing for Vodafone's UFB service is higher than for its existing cable service in Wellington and Christchurch, where the company claims to have some 200,000 customers. On cable, a 130/10 megabit/s and 150 gigabyte cap service with Sky TV (movies and sports) costs NZ$212.62 (A$187) a month.

Vodafone's entry into the UFB retail market is expected to boost uptake of the fibre to the home offering. Currently, the UFB network has passed around 300,000 premises, but less than 10,000 customers have taken up the service.

Yesterday, Vodafone reported profits sagging by two-thirds, down to NZ$55.9 million for the year ended March 31, 2013 on increased revenue of NZ$1.77 billion. The cost of buying TelstraClear along with increased operational expenditure was blamed for the drop in profits.