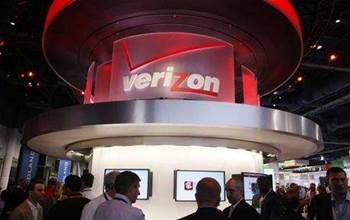 Six major Vodafone investors said US$100 billion was not enough for the British company's stake in its US joint venture with Verizon Communications, and urged the latter to come up with an offer of at least US$120 billion.

Their comments followed a Reuters report on Wednesday that Verizon had hired advisers to prepare a possible US$100 billion bid to buy Vodafone's 45 percent stake in their Verizon Wireless joint venture, likely to be structured as a roughly 50:50 cash and stock bid.

Should the US$100 billion figure stand, the six shareholders, with around 1.3 billion of Vodafone's shares between them, said they would prefer the British group to push for a full merger with Verizon instead.

The main concern among investors contacted by Reuters was the fact that a sale of Verizon Wireless - the best performing asset by far in the Vodafone portfolio - would highlight the operator's exposure to its troubled European markets.

"Without wishing to be too disrespectful, (Vodafone is) sitting with a rather ugly set of assets once you lose the Verizon Wireless stake," said Ralph Brook-Fox, UK equities fund manager at Ignis Asset Management, a top 40 institutional shareholder in Vodafone.

"I think the merger or full takeover scenario, although not at the forefront of discussions right now, could actually end up being the more palatable deal."

Verizon Communications released a statement earlier this month to say it did not have any intention to merge or make an offer for Vodafone following bid speculation.

Vodafone's share of Verizon Wireless represented around half of the British group's adjusted operating profit in the six months to the end of September 2012, according to its financial results.

It also received before the end of 2012 a 2.4 billion pound dividend from its Verizon Wireless stake, and said it would pass on 1.5 billion pounds to its shareholders via a buyback, showing the importance to the group of its holding.

Among its core European operations Vodafone operates in crisis-hit and heavily regulated markets such as Italy, Spain and Portugal, where revenues have come under pressure because of economic turmoil and intense competition.

With that in mind, investors contacted by Reuters would rather an offer for the stake at between US$120 billion and US$135 billion as acceptable. At its current share price, Vodafone's whole market capitalisation stands at around US$146 billion.

"I think ... US$120 billion is the point where you think you've got a decent premium," one top 20 shareholder said, on the condition of anonymity. "I think that's reasonable and if they achieve that, I think the (Vodafone) shares go up."

Another big question mark for Vodafone and its shareholders is the potential tax bill the sale of its stake would incur: anywhere between US$5 billion and US$25 billion.

The wide range is due to a lack of clarity about which holding companies within Vodafone own which assets - for instance Vodafone America holds assets in a number of other jurisdictions - leaving those outside the company unable to say with any conviction how much tax would need to be paid.