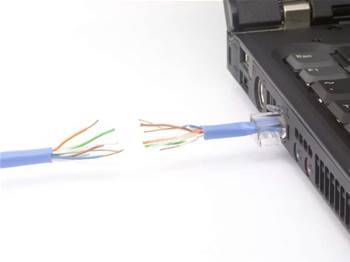 Vodafone has terminated its contract with premium dealer Communications Direct after a newspaper report alleged it had used questionable business practices to poach customers from competitors.

Staff from the Sydney mobile phone reseller - known more commonly as Comms Direct - has not answered phone calls since Friday; its website redirecting to a domain name reseller.

In an emailed statement, a Vodafone Hutchison  spokesman said the telco had over the weekend ended its relationship with Comms Direct. Earlier this month the telco said it responded to the matter by sacking staff.

"Vodafone had arranged for the termination of its dealer arrangement with Communications Direct Australia on Friday, 21 January due to alleged business practices that breached the terms of its dealer agreement," Vodafone said in a statement.

The Sydney Morning Herald last week carried allegations that customer information in a Siebel database was illicitly accessed by Comms Direct staff, who had reportedly searched without authorisation for customers at the end of their contracts.

Comms Direct staff then posed as the customers seeking to terminate their services and sign new contracts with the dealer, the paper said, because these were more lucrative than upgrading existing customers and padded sales staff commissions.

The newspaper report said the telco dealer's staff used "top-tier" access to the national database of customer details and call records, a practice known as "Siebel farming", to poach other dealers' customers without their knowledge.

The Australian Privacy Commissioner is investigating  the privacy-breach allegations.

Got a news tip for our journalists? Share it with us anonymously here.
Copyright © CRN Australia. All rights reserved.
Tags:
adrian brimocommsdirectcrmnigel dewssiebeltelco/ispvodafailvodafone