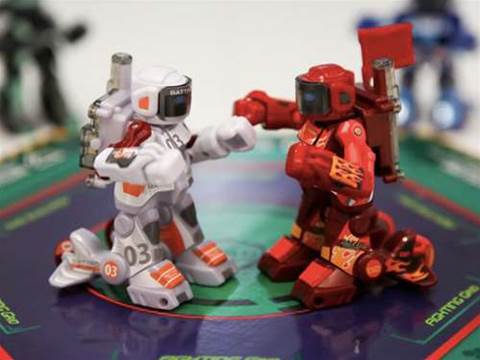 Still angry after being labelled a “freeloader”.

Vodafone has belatedly hit back at being branded an infrastructure “freeloader” by Telstra, accusing the incumbent of “free-riding on taxpayer investment”.

The telco’s chief strategy officer Dan Lloyd returned fire in what is becoming an increasingly bitter stoush over a proposal that could see Vodafone and others given permission to ‘roam’ on Telstra’s mobile network in regional areas.

Lloyd called Telstra’s mobile dominance in regional Australia “extraordinary” and warned that it “can only become more extreme without urgent regulatory intervention".

However, it appeared he was still smarting from Vodafone being called a “freeloader” by Telstra’s networks chief Mike Wright, itself a response to a surprise attack by Vodafone after being overlooked for mobile blackspots funding.

“Contrary to Telstra’s claims, domestic roaming is not ‘free-loading’,” Lloyd said in a statement.

“We would of course pay a fair price for our customers roaming onto Telstra’s network.

“The ACCC would set regulated pricing to ensure Telstra received a fair price when the customers of other operators used its network.”

Telstra has repeatedly warned that having its regional network opened to rivals would act as a disincentive for future investment. It trades heavily on its coverage, particularly outside of the metropolitan areas.

But Lloyd claimed there was “no international evidence to support Telstra’s claim that domestic roaming would threaten regional investment".

“Domestic roaming is common internationally, having been regulated in virtually every western economy with a large land area and low population density,” he said.

He went on to claim roaming “is the accepted way to bring the many benefits of competition to regional areas".