Vodafone backs NBN to beat mobile in the home 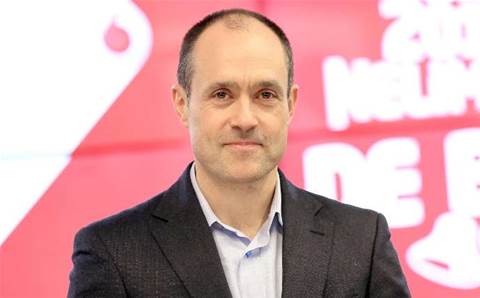 Vodafone Australia is backing the NBN to largely prevail in the residential broadband market with limited substitution by fixed wireless or forthcoming 5G services.

Speaking at the company’s full year results briefing, CEO Iñaki Berroeta was guarded in his predictions for 5G technology, which rivals Telstra and Optus have talked up this month.

Both rivals have said they expect to have some form of 5G service live in 2019 - Optus for fixed wireless broadband and Telstra for unknown purposes.

But Berroeta warned that any carrier would be stretching to make a major impact on 5G before 2020.

“There has been a lot of talk around 5G plans, but in reality the spectrum will not be available for a few years, and if you look at latest comments [coming out of Mobile World Congress in] Barcelona, it looks like the earliest we’ll see consumer devices is late 2019 or early 2020,” he said.

“The first devices I don’t think we’ll have a significant impact in the market until well inside of 2020.

“That I would say is probably the earliest anyone can use 5G.”

Berroeta appeared to suggest that Optus’ plans to deploy 5G-based fixed wireless services were not a true 5G service.

“There are people talking about 5G for fixed wireless but that is not really 5G,” he said.

Berroeta did not see fixed wireless taking a large chunk of market share away from the NBN.

Vodafone Australia is a new entrant into the NBN retail space and was positive about the network’s prospects, particularly as the promise of a new price construct looms.

“In the home I think that NBN is going to ultimately prevail,” Berroeta said.

“There is a lot of talk around substitution, but in reality these two technologies [fixed and mobile] coexist very well and the development of 5G relies a lot on good fixed infrastructure.

“We will use whatever is more suitable for customers at any point at any location.”

Chief financial officer James Marsh was pleased with the new NBN price construct, which is due to be rolled out later this year, given it bundles AVC and CVC costs, which should make CVC less variable for RSPs.

“I think with the most recent price changes it gives us far greater certainty in terms of the overall margin over the plan period,” he said, saying the company expected an “EBITDA positive” contribution from the NBN business.

Similarly, Berroeta believed that the company would see good margin, given it did not have a legacy fixed-line business in which it had to maintain margin.

“We are not going to have any kind of margin squeeze on NBN,” he said.

“For us its all new business. We don’t have the constraints of people that were operating in the fixed business with a 30-40 percent margin [to maintain].”

Berroeta said 2017 “was a good year” for Vodafone.

“We completed every single thing we said we’d do in the beginning of the year,” he said.

He said the telco was concentrating on stable customer, revenue and EBITDA growth.

Berroeta also said that Vodafone’s technology spend in the 2018 financial year would be $1.3 billion, down from $2 billion in 2017.

The reduction is largely due to less spectrum renewals in the new year.