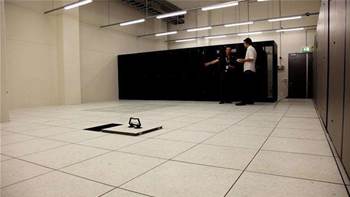 The deal covers two existing data centres and another 400 square meters of space due to come online in Sydney "in the next 45 days", the company said in a statement.

E3's five staff - including founder and chief Jon Eaves - will be integrated into Vocus as its data centre division.

Vocus chief James Spenceley [pictured] told iTnews the integration of the businesses would likely be completed in the next "30 to 45 days".

Spenceley said that the acquisition had been on the cards since at least July.

Vocus - whose core business is providing wholesale IP transit services - said today it would buy the data centre businesses for $4.9 million in cash and $1 million in Vocus shares.

It was the company's first acquisition since listing on the Australian Stock Exchange.

It would give Vocus access to "independent data centre space in Sydney and Melbourne where space has becoming increasingly scarce", the company said in a statement.

Eaves would "assume responsibility for the management and expansion of the data centre business unit", according to Vocus.

The acquisition did not include a web hosting business also owned by E3 called Dedicated Servers, which would remain a separate entity.