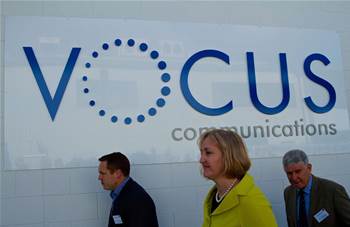 Network operator Vocus has finished a NZ$2 million expansion (A$1.8 million) of its North Auckland, New Zealand data centre which it acquired last year as part of its purchase of NZ provider Maxnet.

The expanded site now has an additional 60 racks, bringing the facility's total to 260, and space for a further 110, Auckland Vocus general manager of data centre strategy Derek Gaeth said. Colocation space is available in full and half rack increments with 30kW available per rack.

According to Gaeth, Vocus is rapidly expanding its data centre offering thanks to its ability to supply connecting circuits directly to customers, as well as space.

The company is currently building a new central Melbourne facility, with some 200 racks in Collins St.

"We now have around 3500 square metres of floor space," Gaeth said.

Power is the limiting factor to Vocus' expansion plans.

"When I asked for a 1MW switch in the new co-lo people thought I was crazy. I regret not getting a much bigger one now," he said.

According to Gaeth, the power requirements meant the design of the data centre expansion started with negotations with local utility Vector, to ensure they could meet the multi-megawatt demands of the new facility.

The facility has a power usage efficiency (PUE) factor of 1.3 and thanks to water-based cooling with roof mounted chillers, hot aisle containment and power distribution, Gaeth said 80 percent of the time there is no need to run air conditioners.

Separate electricity substations power the new facility, and there are multiple diesel generators and uninterruptible power supplies on site.

The Auckland data centre is connected to the city's fibre ring backbone and Vocus international network with interconnects in Australia, New Zealand, the Asia-Pacific and the United States.