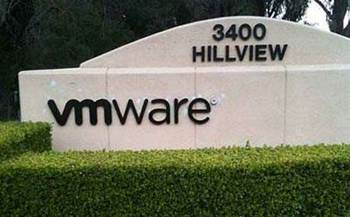 VMWare will buy privately held mobile device management company AirWatch in a deal valued at about US$1.54 billion ($1.74 billion) to tap into rising demand for software security, sending its shares up three percent in premarket trading.

Mobile security products are in high demand because cyber attacks on mobile devices have grown exponentially in recent years as sales of smartphones and tablets have surged.

Atlanta-based AirWatch, whose rivals include Cytrix, MobileIron and FrontRange, says it has more than 10,000 customers in 150 countries, including nine of top 10 US retailers.

VMWare said it would pay about US$1.18 billion in cash and about US$365 million in installment payments and assumed unvested equity.

The company said it expects revenue growth of 16-20 percent in 2015 and 2016, up from previous forecast of 15-20 percent. VMware expects the acquisition to add to adjusted profit in late 2015.

VMware also said its fourth-quarter adjusted revenue is expected to rise 20 percent to US$1.48 billion as it sold more licenses to enterprise customers.

Analysts were expecting US$1.47 billion, according to Thomson Reuters I/B/E/S.

VMWare, which has been adding more enterprise customers and renewing enterprise licensing contracts at a higher rate over the last year, said license revenue rose about 18 percent to US$687 million in the quarter.

AirWatch, founded in 2003, will become a unit of VMWare but its 1600 employees will continue to report to AirWatch founder and chief executive John Marshall. AirWatch co-founder and Chairman Alan Dabbiere will report to VMWare CEO Pat Gelsinger.

Analyst Brian Marshall said AirWatch had raised about US$225 million in funding from Insight Venture Partners and Accel Partners.

(Reporting by Neha Alawadhi and Soham Chatterjee in Bangalore; Editing by Don Sebastian)