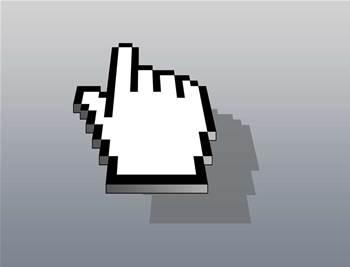 According to Leins, there was a "bias" towards seeing the evolution of mobile networks only in terms of speed.

"It leads us to automatically assume that LTE will be more of the same," he said.

Some early trials of LTE had focused outcomes on raw speed tests but, according to Leins, different operators globally were approaching LTE trials and rollouts differently.

"Some look at it as a speed game, others look at it as a price game – getting the lowest cost per bit, and others still look at the attributes of [having] an all IP network," Leins said.

"Speed is one benefit of LTE but it's not necessarily the prime driver and different carrier strategies globally will reflect that."

His colleague Chaisatien expected LTE – when it achieved large-scale commercial rollout – to allow carriers to close the ever-increasing gap between traffic growth and revenues.

Other benefits touted by vendors were the spectral efficiency of LTE compared to HSPA – which would allow carriers to deliver more data without requiring the big increases in network resource levels currently required to keep pace with booming data growth.

"Spectral efficiency is about delivering more bits for the bandwidth carriers have got," said NSN's Mike Smathers.

"Spectrum is the finite resource for carriers. On, HSPSA spectral efficiency [for the downlink] is around 1.3 bits per second per Hertz per cell [site] and about 0.3 bits on the uplink."

Smathers did not put a figure on how much spectral efficiency would improve under an LTE network architecture, saying it would be dependent on cell size, base station concentration, bandwidth and customer usage.

Other benefits touted as possible to achieve by upgrading to LTE were latency reductions and improved (but not equal) symmetry between downlink and uplink speeds.

"The ambition is for an uplink that is half to one-third of the downlink speed," Chaisatien said.

"That's really driven by the need to push more content into the cloud. [Uplink compared to down] is a factor of 10:1 on HSPA networks today, but with LTE it will get closer to a 3:1 or 4:1 ratio" compared to the downlink.

Read parts one and two of iTnews' investigation of LTE trials in Australia here and here.