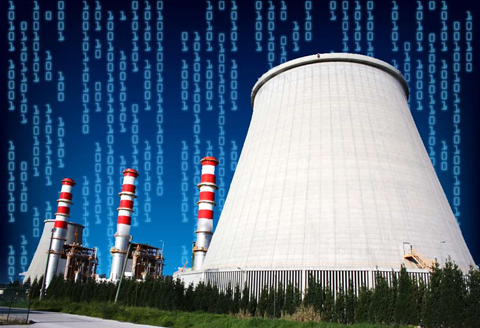 A computer virus attacked a turbine control system at a US power company when a technician unknowingly inserted an infected USB computer drive into the network, keeping a plant off line for three weeks, according to a recent US government report.

The Department of Homeland Security (DHS) said criminal software, which is used to conduct financial crimes such as identity theft, was behind the incident.

It was introduced by an employee of a third-party contractor that does business with the utility, according to the agency.

DHS reported the incident, along with a second involving a more sophisticated virus, on its website as cyber experts gather at a high-profile security conference in Miami known as S4 to review emerging threats against power plants, water utilities and other parts of the critical infrastructure.

Interest in the area has surged since 2010 when the Stuxnet computer virus was used to attack Iran's nuclear program. Although the United States and Israel were widely believed to be behind Stuxnet, experts believe that the technology may be repurposed into new viruses.

The agency's Industrial Control Systems Cyber Emergence Response Team (ICS-CERT), which helps protect critical US infrastructure, said that the power plant incident occurred in October, though it described it in a quarterly newsletter that was accessed via its website on Wednesday.

That report described a second incident in which it said it had recently sent technicians to clean up computers infected by common and "sophisticated" viruses on workstations that were critical to the operations of a power generation facility.

The report did not say who the agency believed was behind the sophisticated virus or if it was capable of sabotage. A DHS spokesman could not immediately be reached for comment.

The Department of Homeland Security rarely identifies critical infrastructure operators that are hit by viruses, but it does provide statistics.

Attacks against the energy sector represented 41 percent of the total number of incidents in fiscal 2012.

According to the report, ICS-CERT helped 23 oil and natural gas sector organisations after they were hit by a targeted spear-phishing campaign - when emails with malicious content are specifically targeted at their employees.

The water sector had the second highest number of incidents, representing 15 percent.