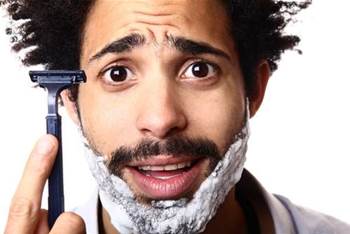 Virgin Mobile has made a surprise move to reduce excess data usage fees on its postpaid mobile phone plans.

The low-cost Optus subsidiary quietly made the changes on May 1. It told customers in its community forums yesterday.

Under the changes, Virgin has reduced excess charges from 0.2 cents to 0.02 cents per kilobyte.

In other words, the reduction is from almost $2.05 a megabyte in excess fees to just 20.5 cents.

Virgin said it would still charge excess usage on postpaid mobile phone plans by the kilobyte, despite quoting the new costs by the megabyte.

The carrier said the reduction was an acknowledgement "that excess data can be really stressful" to customers that exceed allocated quota limits on smartphones.

It also said that excess fees were stunting "full" use of smartphones, presumably because users are too scared to run data-intensive apps for fear of running up large excess bills.

Virgin noted that it would take a month before its billing system caught up with the change.

"During May customers who go over their limit and check the excess data meter will see a higher excess dollar amount than what they're actually being charged on the bill as MyAccount has not quite caught up yet," the carrier said.

"This will be corrected by June 1st."

The carrier still urged customers that frequently hit or exceeded their quotas to consider buying a "data value add" package as "reassurance" against being hit with big mobile bills.

Virgin noted the reduction in excess charges was "one of a raft" of measures it was introducing to combat bill shock caused by excess data consumption.

The reduction and retention of kilobyte pricing brings Virgin back into competition in the postpaid sector.

TPG Mobile charges 25 cents a megabyte in excess fees for its plans. The minimum session is 10 kilobytes.

Virgin's parent company Optus charges 50 cents "per megabyte or part thereof" in excess fees on its $14 and $19 a month BYO plans and on 'Optus Plans' up to $35 a month, which come bundled with handsets.

Its excess fee drops to 25 cents a megabyte "or part thereof" on the chunkier $34 and $69 a month BYO plans, Optus Plans worth $50 or more a month, and on the high-end Timeless plans.

Telstra's SIM-only plans (called 'Freedom Connect') charge 25 cents a megabyte in excess fees. Details on minimum session could not be found at time of publication.

Vodafone charges 25 cents a megabyte across all its postpaid plans. The minimum session is 50 kilobytes.

Low-cost provider Amaysim remains one of the cheapest for excess usage, charging five cents a megabyte if a user exceeds the 4 GB offered on its 'Unlimited' plan. It charges in one megabyte increments. As with Virgin, Amaysim carries mobile traffic over Optus' network.