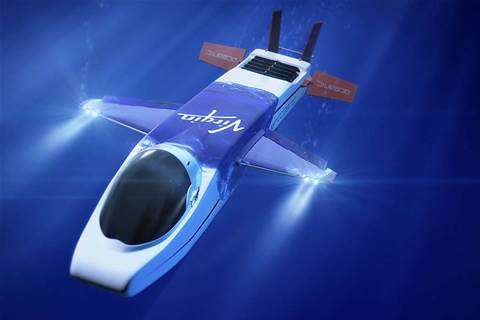 Google has sponsored British entrepreneur Richard Branson’s two-year expedition to the deepest parts of the world’s oceans, in hopes of adding to its Google Earth and Maps services.

Branson this week unveiled the Virgin Oceanic submarine – a one-person craft that was made of 3.6 tonnes of carbon fibre and titanium, and could plunge 11.2 kilometres underwater.

According to Virgin Oceanic’s webpage, the craft could operate for 24 hours unaided and travel up to 10 kilometres over the ocean floor while collecting video and data.

During the next 24 months, Branson and chief pilot Chris Welsh planned to take the airplane-shaped craft to trenches in the Pacific, Atlantic, Indian, Southern and Arctic Oceans.

The expedition would begin this year in the Pacific Ocean’s 11-kilometre-deep Mariana Trench, approximately 5,230 kilometres north of Australia.

“Between Google and the BBC, people will be able to follow our explorations and join in with us,” Branson told Fox Business earlier this week.

“We’re actually going further down than Everest is high, and I think it will be quite an adventure.”

Virgin Oceanic has not yet responded to iTnews’ request for comment on its communications equipment and partnership with Google.

“We’re excited to support Virgin Oceanic's plans to travel to parts of the planet where no one has gone before and be able to share their discoveries using Google Maps and Google Earth.”