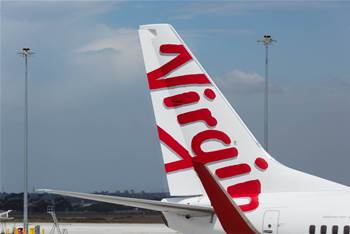 Virgin Australia has created a new chief strategy and technology officer role as part of a major restructure of its executive leadership executive team.

The airline announced the new role, which it is currently in the process of recruiting, with eight other appointments in its financial results presentation on Wednesday.

The chief strategy and technology officer (CSTO) will be responsible for driving group strategy and ensuring its largest contracts are delivering value to the company.

A spokesperson told iTnews Virgin Australia's current chief information officer Cameron Stone would remain, but would now report to the new CSTO instead of the chief financial officer.

The restructure is happening alongside a wider organisational restructure of the company and an “organisation rightsizing program” that will see 750 corporate and head office roles cut.

The company said “single functions and points of accountability” would see “each executive leader ... accountable for driving business outcomes for the Group and maximising the value of the brands.”

The changes follow a review of the organisational structure by Virgin Australia Group chief and managing director Paul Scurrah, who joined the company in March.

“I have been reviewing the structure of the organisation since I joined the Group in March with a view to simplify the current structure which has grown overly complex over time,” he said.

“Transitioning to the new Group structure will streamline common functions and create greater opportunities, but will also identify efficiencies and duplication, which will form part of the organisational rightsizing program.

“Having Group accountability at the executive level will deliver significant financial, operational and technological benefits, and it’s important we have an executive leadership team that is working together to deliver better financial outcomes for the Group.”

The changes are aimed at “greater business integration, customer focus and reduce[d] costs” after the airline reported a $315 million loss after tax reported last financial year.

Virgin Australia has put the blame for the challenging trading conditions squarely at fuel and foreign exchange headwinds.