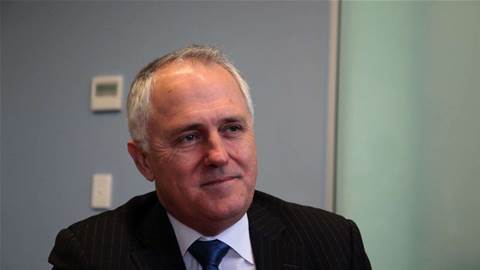 Malcolm Turnbull was looking forward to building a relationship with NBN Co chief executive officer Mike Quigley when they meet at the beginning of next month for the first time since he assumed the role of Opposition spokesman on broadband.

And although the Opposition has called for a cost-benefit analysis on the National Broadband Network, Turnbull said he wouldn't commit to support the $43 billion project in the "unlikely" event that such an analysis concluded fibre-to-the-home should proceed.

Turnbull said October 8 was the first time a "busy" Quigley could clear his diary to meet since the Opposition lost the election to a minority Labor government earlier this month. A NBN Co spokesman confirmed Turnbull requested the meeting.

"NBN Co has been very busy, they haven't had time to meet us," Turnbull said.

"I don't have a relationship with [Quigley but] I'm looking forward to having one."

Turnbull and his advisers were speaking to a "gigantic universe" of people in the communications industry to get a handle on the issues it faced, he said.

Turnbull said the Opposition would not rubber stamp the NBN, widely hailed for getting Labor across the line with support of independents in what could have been a hung parliament.

He said his role was to get "real transparency and accountability" from the Gillard Government on the NBN and not just "wave through" the project because it was "politically expedient".

"The Government is talking about spending a really stupendous amount of money and our job in the Opposition is to hold them to account for that," Turnbull said.

"I wasn't elected to Parliament to look the other way when billions of dollars are potentially being wasted."

And he has called out Senator Stephen Conroy with a planned televised debate with the Federal Communications Minister on ABC's Lateline scheduled for next week, he said.

Turnbull predicted Australians could be headed back to the polls by the end of the year even though it was unlikely independents who sided with Labor on broadband would change their minds to turn coat to the Coalition. He thought it unlikely that the Government would last its three-year term.

Turnbull said he  "was not foreshadowing a change" to Coalition communications policies but its activities included looking at the digital divide in the bush, broadband black spots in the cities and backhaul competition.

"The overall objective [was] promoting access to the internet and the information economy that is financially prudent," he said.

Turnbull said evidence in the US, Japan and the dismal NBN takeup in Tasmania pointed to the fact that households did not want "gigabit speeds". He wasn't influenced by NBN Co claims that its network would give service providers greater certainty when provisioning, marketing and maintaining their networks.

His goal was simply to hold the Government to account and bring the costs home to the public, he said.

"The first thing you've got to do is [discern] what is the problem you're seeking to address?" Turnbull said of the approach to the cost-benefit analysis.

"What do we want to achieve? And, having done that, look at different ways of doing it and assess their relative costs" such as supplementing the existing network, erasing black spots and bringing the internet to disadvantaged areas.

"Compare them, look at their costs, model their revenues; we have to look at what the financial outcome of this investment will be and then form a view of any externalities" such as improved productivity.

Turnbull said the Government and NBN Co were proceeding with a project where there were no killer apps: "What are the applications that require bandwidth of this scale that's being proposed by NBN (Co)?"

"If you can achieve the same spill-over benefits with a lesser investment that may deliver less bandwidth to the customer then that's something you have to take into account.

"No one in their right mind would ever give a blank cheque to an analysis that hasn't been done but a good cost-benefit analysis will be very transparent, set out all its assumptions, will enable people to play with those assumptions, to change them and form their own view about them and it will inform the debate so it could be very influential, absolutely, but no one's going to give it a tick in advance."

But he acknowledged that the clock was ticking and that lessons would be learned as the network rolled out although he wouldn't say when it might reach a point of no return such that the Opposition would have to grudgingly change its policies.