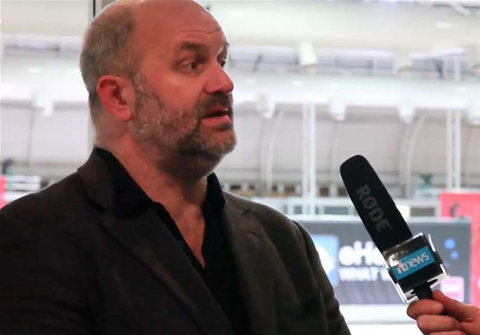 Public cloud compute pioneer Amazon.com has slammed the marketing campaigns of the world's largest hardware and software vendors over the use of the phrase "private cloud."

"Private cloud" is used by a variety of vendors to describe virtualised hardware, software and networking stacks that are able to offer an enterprise a consolidated pool of server compute and storage in a "utility-like" fashion.

The "public cloud", by contrast, sees these same IT resources delivered over the internet in an "on-demand" elastic fashion by large external service providers and sold on a "pay as you go" pricing model.

IT equipment labelled "private cloud" is often sold on the basis that organisations may choose to operate in a "hybrid" model in future - choosing which applications and services are hosted in-house and easily pushing others to public clouds as the need arises.

Amazon.com chief technology officer Dr Werner Vogels [pictured] told delegates at CeBIT this week that even analyst group Gartner's definition of cloud computing is flawed, as it omits important considerations such as "on demand" and "pay as you go pricing".

Dr Vogels compared buying your own "private cloud" computing equipment with relying exclusively on your own diesel generators instead of connecting to the electricity grid.


"I think many of the advantages of cloud computing... [such as] lowering costs from not having to put up the upfront capital or reduce operational costs - if those advantages are not there - then its very difficult for customers to consider that to be cloud computing," Vogels later told iTnews.

"Cloud computing is defined by the advantages, much less than by the technology that is underneath it.

Still no data centres in Australia

Amazon.com customers in Australia may be tempted by the "private cloud" sell due to concerns over precisely where public clouds are hosted.

At present, the closest data centre for Amazon's Web Services, Microsoft Azure or Salesforce.com is in Singapore.

Vogels said Amazon is "continuously evaluating where we will build our next data centres."

"Australian customers are asking us this question continuously, so they go into the big bucket of understanding where we will go next," he said.

Vogels said Amazon.com peers with many of the world's telcos to improve the performance of its cloud services, but was unable to reveal which Australian service providers are peering at present.

Both of Australia's largest telcos - Telstra and Optus - are planning cloud computes of their own to compete with Amazon's service.

Amazon.com has since been unable to name an Australian peering partner, citing a requirement for confidentiality.