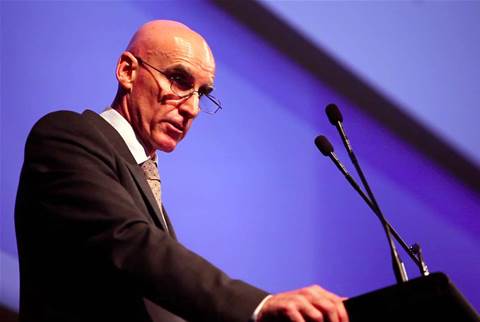 Quigley says industry structure is as important as the fibre network.

The competitive structure of Australia's telecommunications industry is "less than ideal", according to Mike Quigley, CEO of the NBNCo, who today said the National Broadband Network will help level the playing field.

"The telco industry has been dogged by long running disputes through the regulator, in the courts and in the media over issues of equivalent access.

"Despite years of attempts by the ACCC to resolve access disputes over equivalence continue," said Quigley, who was speaking at the Realising Our Broadband Future forum in Sydney this morning.

Quigley said that fixing the competitive structure is as important as building the actual fibre network.

"Given the government's conviction that ubiquitous high speed broadband is critical to Australia's economic future it is no surprise that action has been taken to correct the  failures of the current structure.

"Every bit as important as building out a fibre network is the need to get the industry structure right. We've seen that in some metro areas of Australia, the DSL market can be highly competitive and deliver real benefits to consumers. NBN will enable an improved version of this model to operate nationally," Quigley told the audience, which included both Prime Minister Kevin Rudd and Broadband Minister, Senator Stephen Conroy.

Prior to Quigley taking the Stage, the Prime Minister told the delegation of 'IT geeks' that Australia's broadband infrastructure was "not up to scratch".

"Out of 30 leading countries, we are behind all but three. We are behind Turkey and the Slovak republic.  We are also in the bottom half of the OECD countries for broadband takeup, coming 16 out of 30 in the OECD in a 2008 survey.