Video links save NSW jails $460k, but could be doing harm 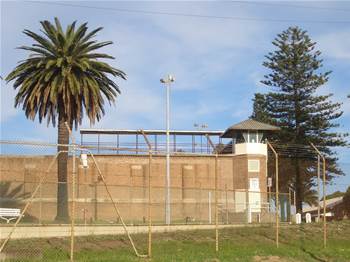 Law Society of NSW hits out at state government.

Audio-visual link (AVL) facilities in NSW courtrooms have saved the state’s justice system an estimated $460,000 in transport costs, but the NSW Law Society says there is a laundry list of problems exacerbated by video links.

AVL facilities in local courts allow defendants in custody, whether because bail has been refused or they’ve been imprisoned for previous offences, to appear before the court through a video link.

A review by the NSW Bureau of Crime Statistics and Research [pdf] found that the introduction of AVL facilities resulted in 2,271 fewer in-person appearances, saving $459,501 in prison transport costs.

Video links can also be a valuable tool in bringing magistrates, defendants and their representatives together in a crowded and chaotic legal system, where delays may mean the defendant is shuttled back and forth between prison and the courtroom.

However, president of the Law Society of NSW Doug Humphreys told iTnews that while AVL can be useful, the society has raised concerns with the state government about the effective use of the technolgy.

“As noted in a 2011 study by the Law and Justice Foundation ‘Legal assistance by video conferencing: what is known?’ virtually no evaluation of the use of AVL as an effective form of communication has been undertaken, particularly for those disadvantaged client groups who constitute a considerable proportion of the prison population,” Humphreys said.

Additionally, the Law Society is concerned about AVL being used in regional and remote areas to replace the attendance of a judge at court hearings.

“And the use of AVL facilities for first appearance bail proceedings can raise practical challenges for both clients and practitioners.

“We are also concerned that the changes will erode the underlying principle of procedural fairness and the right to participate effectively in legal proceedings, which is particularly important when a person’s liberty is at stake.”

In particular, Humphreys said the lack of personal contact with legal representatives and the broader justice system can be especially alienating for vulnerable members of society, including people suffering from abuse, the Indigenous and those with mental impairments.

“Justice Health may also have difficulty making an effective assessment of a client to establish whether they have mental health issues. This could result in individuals being kept in custody, when they should be receiving treatment in hospital,” he added.

Humphreys said technical difficulties like outages and video quality are other hurdles to overcome, as some injuries that should be quickly recorded in court cases are not evident on camera or heal in the time it takes to reschedule a court appearance due to an AVL outage.

Indigenous detainees or those with cognitive difficulties, who are often distrustful of the legal system and face communication obstacles, can also find these issues of these setbacks amplified.

And for lawyers, the lack of personal contact with clients can affect the privacy of communications with clients when documents must instead be faxed to prisons.

“It may be difficult to ensure that clients understand and acknowledge their bail conditions. Custody staff will not be in a position to explain bail conditions to a client, which may in turn result in an increase in breaches,” Humphreys added.