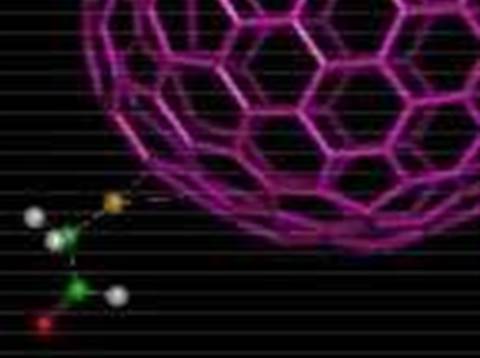 Applied to a new area in biology called agent-based modelling, the technology could enable a wider range of researchers and medical practitioners to simulate processes graphically.

Agent-based modelling simulates the behaviours of complex systems by predicting the actions and interactions of its various components.

Currently, researchers in this field of work either manually develop, or use toolkits to build, code which runs directly on a computer’s CPU (central processing unit).

According to Roshan D'Souza of the Michigan Technological University, such code often has limited scalability, so large-scale models often require the use of a supercomputer.

D’Souza is attempting to make large-scale modelling more accessible with the use of graphic processing units (GPUs) that currently are used in video games to do parallel computation for the purpose of realistic rendering of scenes.

Using GPUs, researchers could simulate large-scale models with tens of millions of cells on a regular desktop costing under US$1400, he expects.

“Currently, if you want to simulate a model anywhere close to what we are handling, you have to go to a supercomputer costing a few million quid,” he told iTnews.

“GPUs are cheap – [costing around] $400 -- and are a bang for the buck,” he said. “You can do sufficiently large models to handle quite a large portion of the scenarios.”

Another benefit of using GPUs is that they produce real-time simulations, whereas supercomputers calculate simulations offline without real-time visual display.

Results of GPU simulations may not be any better than those produced by a supercomputer, nor do GPUs replace supercomputers in simulating ultra-large models comprised of billions of agents, D’Souza said.

However, by providing a cost-effective method for large-scale modelling, GPUs could be used by physicians to do diagnostics or to plan individualised treatment plans for patients.

“The big picture is this: in the near future, when your local physician starts using ABMs [agent-based models] … he/she will not be able to access a supercomputer,” D’Souza said.

“But for sure he/she can buy a GPU and insert in into his/her desktop,” he said.

In the past, GPUs have been used for research into fluid simulation, n-body dynamics and protein folding.

“I used GPUs for this,” he recalls, “then I was looking around for other ‘stuff’ to do with the GPU. I found that people had already worked on molecular dynamics, fluids, protein folding etc – but agent-based modelling was open.”

“With a $1,400 desktop, we can beat a computing cluster,” he said of the technology. “We are effectively democratising supercomputing and putting these powerful tools into the hands of any researcher.”

“Every time I present this research, I make it a point to thank the millions of video gamers who have inadvertently made this possible,” he said.
Got a news tip for our journalists? Share it with us anonymously here.