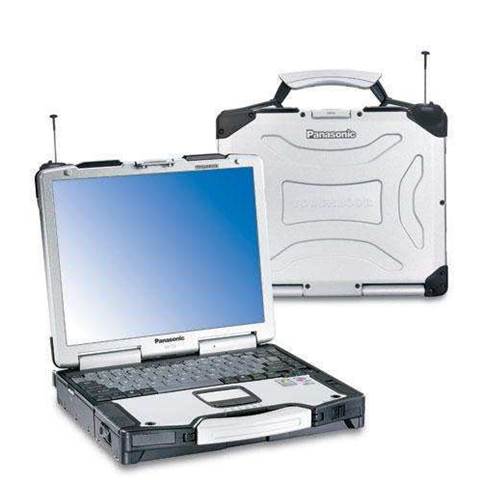 The 170-strong operations division of Victoria's Sheriffs, part of the Victorian Department of Justice, track non-payment of government fines as part of its duties.

Previously, infringement notices were deployed (some via snail mail) from individual government departments, which made the actual serving of notices and attempted collection a haphazard process.

Around 50 Panasonic ToughBook notebooks have now been deployed to Victoria's Sheriffs to replace paper-based systems, with another ten due for deployment.

"It has really impacted the way the sheriffs work," said Geoff Spicer, general manager for delivery and transformation at Tenix Solutions, which runs compliance management systems for several Victorian tollways and councils and developed the back-end system used in the project.

"They used to print a pile of warrants, go out into the field and serve those to the public," he said. "Now they have the ability to plan their work on a day-by-day basis, and they have the whole story about a particular debtor [at hand]. Quite often they'll get a better collection rate because they can talk to the customer about their issues."

Creating a web-based solution required integration of multiple data sources, many of them mainframe-based, into a single location.

It was a project Tenix had already undertaken for its own call centre.

"We wanted to migrate from a green screen mainframe system that our customer service representatives (CSRs) used to a graphical user interface," Spicer said during a presentation at Gartner's SOA & Application Development and Integration summit in Sydney last week.

"We were restricted in the licensing arrangement with the mainframe; we couldn't alter the interface ourselves," he said. "We didn't want to disturb legacy code. We had a lot of our business rules tied up in the application logic, and we also had a lot of security built into this existing application. It wasn't the business rules that were the problem, it was the interface."

Tenix used Attachmate's Verastream integration package to convert the applications after an extensive period of mapping existing workflows with CSRs.

"We then redesigned the screens on a GUI basis," Spicer said. "What we tried to do with the GUI screens was optimise the workflow and shorten the time they were on the call. That involved a lot of screen consolidation, and we had to cycle through those steps a number of times.

"Once it was stabilised, it was a fairly straightforward lifecycle of deployment, testing and optimising. We were left with a web-based system that we were able to roll out to a mobile workforce."