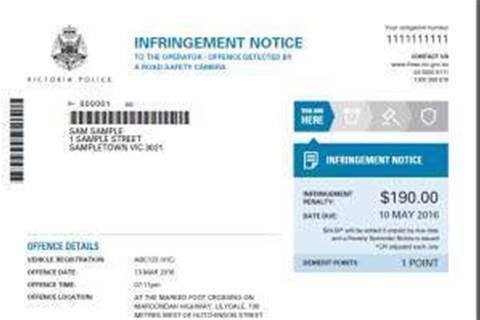 The department has spent much of the first half of this year struggling to get the replacement for its 21-year-old infringement and warrants system up and running.

It is the second attempt by the department to replace the fines system after a 2007 deal with Tenix Solutions was ripped up.

The state government later reached a settlement with Tenix, and wrote off $60 million in costs associated with the project.

Since then Justice been working with Civica International on a new infringements, enforcement and warrants (VIEW) management system after signing a $103 million deal in November 2016.

However because of IT difficulties with the first attempt, the commencement of reforms to the enforcement of fines, first introduced in 2014, was forced back by 18 months.

It meant that the first stage of the Civica system only took place on December 31 last year, while a second stage was then expected to go live by 30 June 2018, according to the government’s IT dashboard.

But the processing of some fines such as driver nominations, court fines and payment plan applications are still not taking place due to issues integrating the state’s 64 fines systems.

Acting executive director of infringement management and enforcement services Emma Catford told 3AW last week that in some instances the IT issues have lead people to have their drivers licences suspended or receive fees in error.

However Fines Victoria, the agency established to administer the new infringements model, has managed to issue “about 1.5 million” issued since the start of this year, she said.

This is contrary to a Nine News report earlier this month that suggested a “software glitch” had meant the system had not sent court-issued fines to offenders since the Fines Victoria agency was established in December.

She said the department is currently working with Civica on a fix for the problems, though there are “significant challenges” ahead.

“I’m hoping that everything will be fixed well and truly before February, but I don’t want to commit to a date because as we know IT systems are hard and complicated,” Catford said.

However she said it was unlikely that the issues would be fixed before next month.

The Justice has spent an additional $5 million to bring in 200 more staff for the contact centre – a contract also held by Civica - to get through backlog of fines.

A Justice department spokesperson put the problems down to IT functionality issues.

"The transition to Fines Victoria involved bringing a new IT system online and consolidating more than 21 million files,” the spokesperson told iTnews.

“Some of the system functionality has not met our expectations and we’ve been working with the service provider to fix these issues.”

“We’ll continue to do everything we can to resolve these issues, including bring new staff on board to help reduce processing backlogs.”