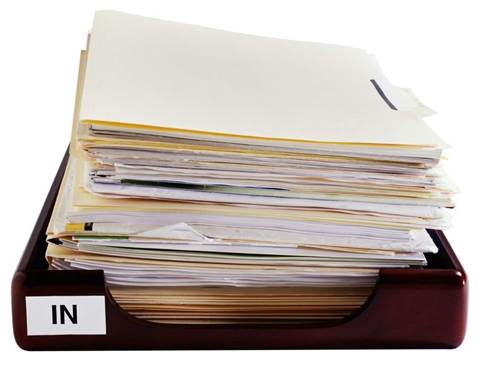 Woeful file management at Victoria’s Department of Education and Training (DET) has made it vulnerable to fraud and left abuse survivors high and dry when they take their claims to court, the state's auditor-general Andrew Greaves said.

The audit office reviewed compliance with the state’s records legislation across the government - choosing DET and the Department of Health and Human Services as a sample.

It criticised the education agency for knowing “very little about its entire records holdings”.

The review looked at both electronic and paper-based records management, and found that the DET only really has visibility over files in one out of eight shared network drives.

It remains blind to sensitive records attached to any of the 196 million emails sent and received by department staff over the past six months, and potentially stored only in worker inboxes.

But paper, un-digitised records also lie in an “unknown number of storage units, storerooms, filing cabinets and other storage repositories spread across the agency in undocumented locations— containing potentially many thousands of boxes of records” across Victoria.

“DET could not provide information on missing files, or files in transit, and is largely unaware of the extent of the risks related to its records management,” the audit office said in a report tabled in parliament today (pdf).

It is not the first time the department has been picked on for alleged records management deficiencies.

Just last year, Victoria’s Independent Broad-based Commission Against Corruption (IBAC) said the weaknesses made it easier for a group of DET executives and their associates to falsify records, destroy files, and evade transparency measures as they carried out millions of dollars worth of alleged fraud against the agency.

Prior to that, the Royal Commission into Institutional Responses to Child Sexual Abuse pointed out how the mistreatment of files across the spectrum of education and childhood services can have “a profoundly damaging impact on survivors of abuse”.

“In many cases, poor records management practices have made the evidence of abuses committed irretrievable, thereby hampering investigations and potentially protecting the perpetrators,” it said.

Under Victorian state laws, government bodies are required to maintain “full and accurate records” of their decisions and actions for the purpose of public sector transparency and accountability.

However the auditor-general said the outdated Act has been neglected for over 43 years and the framework has since been fragmented into “multiple sets of policies and standards that can sometimes contradict each other”.