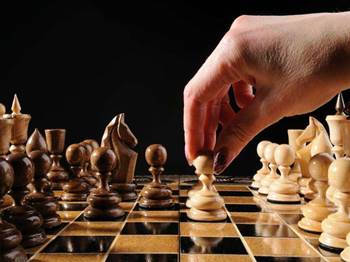 The Victorian Department of Human Services is set to cut up to 15 percent of its IT staff by December under an ongoing restructure of the 12,000-employee department.

About 40 IT workers are expected to be cut from the 300-strong office through voluntary redundancies and area consolidation over the next three months.

Remaining workers will move to a new structure based on the ITIL version 3 framework.

Chief information officer Grahame Coles told the Forrester CIO Summit on Thursday that the IT branch so far had received seven redundancy applications from staff who had been at the department more than 20 years and received "attractive" packages this week.

Other cuts would come from consolidating application-specific support personnel into a single helpdesk, while reducing the IT branch's service operations and applications development areas.

However, the restructure had also caused the department to open a new service design department and increase information management and architecture roles, charged with leading more than $20 million worth of applications and projects planned for the coming year.

The IT restructure was part of a department-wide restructure first flagged in February and aimed at reducing its headcount by a total of 500 people through redundancy packages.

Coles said the move was "probably the largest reform program" in the department's existence; one that would see the department shift from eight silos to 17 geographic areas and three central policy areas governing the department's wide responsibility base.

Coles said the department spent 18 months and $13 million to update applications for the restructure, focusing largely on case management applications and role changes required for managers to allow for the redundancies.

It is the first phase in the department's Services Connect program, a project that aimed to make the organisation more efficient while leading to a single point of contact between both state and federal departments for Victorians in need of assistance.

Coles said the majority of the IT projects planned under Services Connect had been paused in recent months as his office moved to grapple with a new structure under the ITIL framework.

"We actually picked up the processes within ITIL and we dropped them into the areas that would be accountable for those processes," he said.

"One of the key things we had to do to try and give the staff real clarity in this is we had to get the hand-offs right — we've used the ITIL processes to show how groups will hand off from business engagement to strategy to design and how design hands off to projects and how projects hands off to BAU."

While many were initially resistant to changes in structure within the IT office, Coles said most had since become supportive of the new framework.

"We started on the back foot — we started this process effectively with some very unhappy staff," he said.

"Most of the restructure in IM&T is based on a service model, we're trying to work out what services we're going to provide and how many people we actually think we need for those services."

The IT office had undergone several changes in recent years, including moving from ten individual offices into a single branch under a strategic CIO role, which Coles filled.

"I remember when I started, because I was the head of one of those ten [managers], my boss said 'you can ignore the CIO, he's only a dotted line'," he said.

Coles told iTnews the department had moved forward with future planned projects, including building out its trial of iPads for case workers.

The agency would expand an existing fleet of 40 employee-owned and 100 department-owned tablets, all managed on a cloud-based version of the AirWatch mobile device management solution, to avoid paper-based documentation.