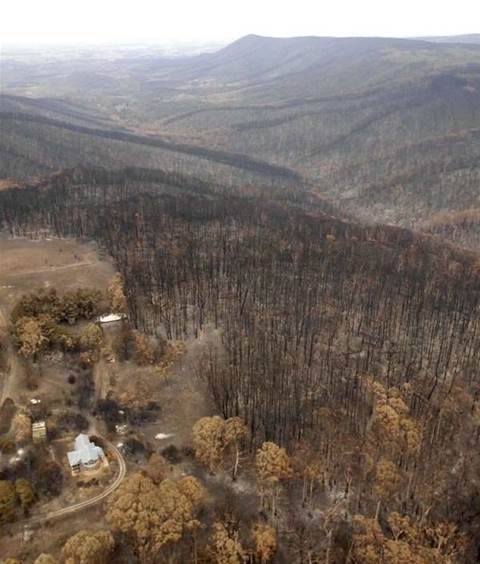 Bushfire-prone areas should be a priority, MPs say.

On the fifth anniversary of the Black Saturday bushfires, Victorian technology minister Gordon Rich-Phillips has pledged to lobby the federal government to prioritise some of the state’s most vulnerable regions in its $100 million mobile black spot fund.

“The Victorian Coalition Government wants to maximise the benefits of the [fund] for all of Victoria and will work with the Federal Government by providing a submission to the Department of Communications public consultation process,” he said in a statement this morning.

Rich-Phillips also confirmed to Parliament yesterday that the Napthine government had offered to make its own telecommunications infrastructure available to the Commonwealth as part of the mobile coverage program, as it had done for the previous Labor government.

“The provision of the telecommunications services is a commonwealth government responsibility,” he said.

Regional mobile coverage emerged as a major issue in the wake of the 2009 Victorian fires, which claimed 173 lives, as those hit by the disaster struggled to communicate in low-reception areas.

The issue of mobile coverage particularly in bushfire-prone areas has re-emerged in the first week of the state sitting for 2014, and the middle of the summer bushfire season.

Rich-Phillips’ promise to make a submission to the commonwealth follows a number of calls for action from a bipartisan group of MPs.

These included Greens MLC Greg Barber, who criticised the Napthine government for being late to act and questioned the need for the “hokey discussion paper that the federal government put out” when it was 'clear' which areas had the greatest need.

“I can identify them for the minister pretty easily, as can most members of the community," he said yesterday.

“In fact members can look at Telstra’s map of mobile black spots, but of course the map is barely worth the paper it is printed on. It shows patchy coverage in Laharum in the north-west of the Grampians. I can assure members that you get no coverage in Laharum except for one brief moment if you stand on top of one particular hill."

Barber said mobile phone reception was an issue among the "dozens of people” he spoke to while touring the most recent bushfire sites in the Grampians last weekend.