Victoria to create IT projects watchdog 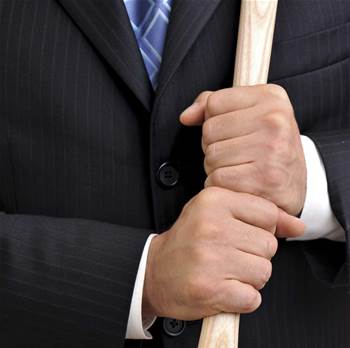 The Victorian government will redouble efforts to keep IT projects in check by introducing a new portfolio management office early next year to assist agencies experiencing difficulty.

The state is widely acknowledged for its checkered history managing IT projects, having been through its fair share of late-running or over-budget IT projects throughout the years.

It has taken steps to stamp out poor IT project management since the release of its whole-of-government strategy last year, including launching a public IT projects dashboard to keep tabs on its plethora of technology projects.

The dashboard ranks projects by their implementation success using either a green, amber, or red traffic light marker.

But from the get-go agencies were hesitant to provide full transparency of their IT initiatives, leading the dashboard to be reviewed over the coming year.

The government will now go one step further and set up a high-level portfolio management office function within the enterprise solutions division of the Department of Premier and Cabinet by early 2018.

It joins the NSW and federal governments to introduce a whole-of-government PMO function intended to improve how projects are monitored.

The new oversight function will form a portfolio view of IT projects over $1 million – the same threshold used for its public IT projects dashboard.

The office is being introduced despite the dashboard revealing that only one of the state's 268 IT projects – the Victorian Registration and Qualifications Authority’s new EPSILON apprentices and trainees register –  is late-running, which is solely due to the delayed implementation of the federal government’s new apprenticeship management system.

However, a further 41 projects have been given 'amber' status, which means implementation issues have been flagged but can be easily saved. This is 15 more projects than when the dashboard was launched.

The spokesperson said the PMO will "provide an avenue to formalise that assistance, and provide early intervention where issues arise".

"In such a large portfolio, there are always some projects that need assistance," they said.

It will also co-ordinate "some strategic initiatives where they apply across government or have the opportunity to be leveraged more broadly".