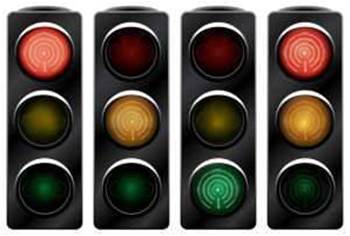 Not one Victorian agency has owned up to a late-running or over-budget IT project as the state government quietly publishes the first iteration of its public IT projects dashboard.

The long-promised dashboard is intended to provide transparency and end a fraught history dotted with more than its fair share of technology disasters.

The project-tracking website follows in the footsteps of the Queensland state government - and the US government before that - featuring a list of technology initiatives underway, ranked according to their implementation success with a green, amber, or red traffic light marker.

But despite acknowledging its troubled past in a recent whole-of-government IT strategy document, not one agency has self-reported a red-light project out of the 214 initiatives worth over $1 million listed on the Victorian dashboard. A red light indicates that implementation timeline issues have escalated beyond the project manager's control.

Agencies have, however, flagged 26 projects that are ‘amber’ status - meaning implementation issues have been identified but project managers insist it is within their capacity to resolve them and keep to originally set timelines.

This is in contrast to an independent survey published by the state’s audit office in April 2015 [pdf], which found nearly 35 percent of all 1249 audited projects would exceed their budgets prior to completion, and nearly half were behind their original implementation schedule.

The 26 amber initiatives listed on the dashboard are collectively worth $326 million. The largest flagged scheme is the City West Water Corporation’s ‘Arrow’ project, which will replace the bulk of its core business systems.

The $124 million project has retained its amber status despite having to push back its anticipated completion date by four years to 2026, owing to a decision to switch systems integrators. The current project partner is Oracle.

Also on the amber list is the Victorian Commission for Gambling and Liquor Regulation’s core records system build, which has had its completion date pushed back on several occasion due to serious underperformance by the vendor.

A March 2016 report [pdf] from the state’s acting auditor-general, Peter Frost, revealed the agency was considering dumping the vendor altogether. Frost also revealed the agency will have spent all its allocated funding by April 2016, so will have to return to government for top-up funding if it doesn’t meet its revised deadline.

The dashboard, which is being run out of the Department of Premier and Cabinet’s enterprise solutions division, will be updated once a quarter, with the latest data pertaining to the period between January and March 2016.