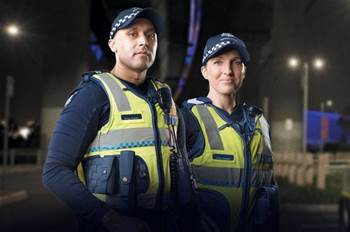 The force said on Wednesday that the devices had been deployed to all frontline officers at the rank of sergeant and below, as well as protective services officers and other specialist units.

The cameras are expected to be switched on by police during the course of their duties such as when they exercise powers or collect evidence, though officers still have discretion over when this occurs.

A spokesperson told iTnews that 9159 devices were now in use state-wide, which makes it the largest rollout of BWV cameras in Australia to date after Queensland Police.

A total of 11,000 devices will be rolled out in total, with the remaining 1805 cameras not yet allocated expected to go to new recruits coming out of the academy by the end of 2020.

The multi-million dollar rollout began late last year in nine police stations across the state, following a six-week pilot of BWV cameras in the regional city of Ballarat and Melbourne suburb of Epping.

It was funded to the tune of $42.6 million in the 2016 state budget, as part of a $227 million police technology fund also used to rollout more than 9000 iPhones and iPad Minis.

Victoria Police selected law enforcement technology provider Axon to supply the devices after it went looking for off-the-shelf devices and a data management solution in September 2017.

Axon cameras are also used by the Queensland Police Service, Northern Territory Police and ACT Policing. WA Police Force is also in the process of deploying more than 4000 cameras.

He said the benefits of the cameras were “widespread”, and would lead to improvements in the way police collect evidence.

“Throughout the past several months, many police officers have noted an increase in early guilty pleas which leads to faster and easier outcomes for victims and witnesses,” he said.

The 2016 Royal Commission into Family Violence had recommended that Victoria Police introduce the devices for just this purpose.

“The Commission proposes a trial of body-worn cameras for collecting statements and other evidence from family violence incident scenes,” the report stated.

But the introduction of the cameras has not been without controversy, with concerns over the oversight and accountability of the scheme.

Last month, the Age reported that officers were able to edit the footage before court cases, which Victoria Police deny.

“Under no circumstances can police edit original footage or delete it while it’s still going through the complaints or legal system,” it tweeted last month.

It comes after the devices were thrust into the spotlight after a police officer wore a “EAD [eat a dick] hippy” sticker on his device.