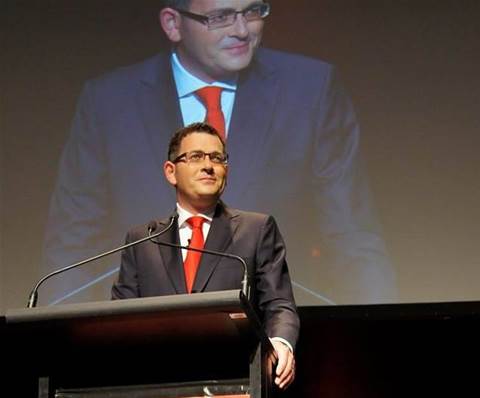 Explosive report claims phone audit could be against the law.

Victoria’s privacy commissioner has formally accused the state’s premier of hiding behind his powers to dodge allegations his office commissioned a significant breach of personal information.

It’s the latest episode in a long-running altercation between the commissioner for privacy and data protection David Watts and the Labor government, which is on the cusp of passing legislation that would effectively undercut Watts' existing powers and statutory independence.

This morning the privacy commissioner published his final official report into claims premier Daniel Andrews ordered KPMG to conduct a ‘forensic audit’ of MPs’ and even senior public servants’ mobile phones to hunt down the source of a leak to radio station 3AW in late 2016.

Watts said if the claims are true, they would amount to a breach of a number of principles of Victorian privacy legislation.

“Aside from those whose mobile phones were to be examined, the audit would involve gaining access to the personal information of anyone who had interacted with the politician or public servant being audited," Watts wrote.

“While the number of mobile phones examined may be fewer than 100, a reasonable estimate of the number of people whose personal information would be involved is very significantly greater."

However, Watts said he hasn’t been able to carry out a full statutory review as demanded by his privacy remit.

Watts produced evidence that senior government staff had issued a number of certificates not only denying him access to additional information about the audit, but also denying him the ability to mention receiving the certificates in the first place.

Watts has controversially chosen to ignore the non-disclosure orders, instead publishing the letters issued by Department of Premier and Cabinet secretary Chris Eccles, arguing they're not valid under the state’s privacy act.

He called the government’s response to his review “evasive, non-cooperative and misleading”.

“When the only response to the initiative is an attempt to avoid scrutiny, this gives an appearance of wrongdoing,” he wrote.

Watts is still weighing up what - if any - further actions he might take against the premier. He has canvassed an official compliance notice and a formal legal review into the validity of the certificates issued to block his access to information.

The commissioner also suggested that his future in the Victorian government could be short-lived, threatening to resign if the government passes its proposed merger of the state’s FOI office and privacy office through the Victorian upper house.

[Update 14 March 2017 2:00pm] Daniel Andrew's office has told iTnews it won't comment on "security matters" in response to the claims.

Andrews told press this morning that Watts "has got a job to do and we wish him well doing it".

"[But] I'm not going to offer commentary on that individual or anyone else," he said.