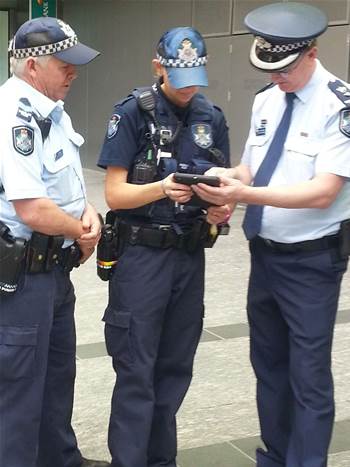 Victoria Police has been handed an extra $22 million to equip more than 2700 new police officers with Apple mobile devices and to address difficulties integrating the new kit with legacy infrastructure.

The force signed a $50 million, five-year deal with Motorola Solutions in April last year for the deployment of more than 10,000 iPhones and iPad Minis.

The first 8500 phones and tablets were funded out of a $227 million law enforcement technology fund the force received in the last state budget. VicPol had gone to market for that number of devices in 2016.

However the following month the Victorian government revealed the state would fund the appointment of around 2700 new police officers to the force.

It meant Victoria Police would have to come up with the money to deploy that number of additional devices to the new officers.

Last year the force warned on the Victorian IT projects dashboard that it wouldn't be able to deliver the full scope of the project within the initial timeframe and budget.

It said it was still on track to roll out 8500 devices by June 30 next year, but the delivery of the remaining 2700 devices would be dependent on the funding situation.

Victoria Police has since confirmed to iTnews that it received an extra $22 million for the project, pushing its total expected cost to $117.8 million.

The money would also address unexpected issues the force had come up against integrating the new systems with existing infrastructure.

"Large and complex projects such as mobile technology often identify risks and implement mitigations plans to reduce risks as they emerge," Victoria Police assistant commissioner Jack Blayney said in a statement to iTnews.

The deployment of the devices began late October last year to transit police and protective services officers. The dashboard states 71 devices had been rolled out as at December 31 last year.

The project is expected to be complete in 2020.

Blayney said the investment was already paying dividends despite a rocky start. The devices allow officers to capture evidence, undertake identity checks, and report crime and other events.

“Initial data suggests that use of the mobile devices has led to an increase in both person checks and arrests. Armed with easy access to information, frontline officers can more readily identify safety risks and take appropriate action," he said.

“Anecdotal feedback has also been very positive, with initial surveys indicating over 90 percent of users agree that the devices increased their decision making capability and safety."