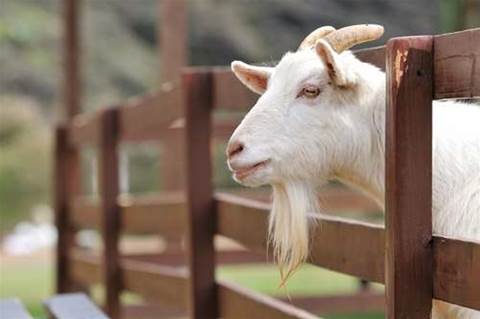 The Victorian government has put smart connectivity at the centre of its latest state budget, funding wi-fi in schools and regional centres, intelligent transport infrastructure, and several IoT projects.

Unveiling the 2017-18 state budget today, the government laid out a tech spending strategy that is clearly designed to derive economic and planning benefits from digital and internet infrastructure.

The centrepiece is a $45 million program to connect regional communities that includes $18 million to improve fixed and mobile broadband, and $7 million for free public wi-fi in Shepparton and Geelong.

However, it is the $12 million to be spent on adapting “internet-enabled on-farm technologies in Victoria’s North-West, the Macalister Irrigation District, the Murray-Darling Basin and the Serpentine region” that could have the biggest impact.

The government said in a statement that these would specifically be “internet of things demonstration projects”. If successful, they could help establish regional Victoria as an IoT testbed.

Separately, Victoria has mandated electronic identification tagging of all goats and sheep as of January this year, with scanning at saleyards and abattoirs set to begin in July.

The government has budgeted $21.5 million over the next three years to bed down the scanning systems and to subsidise the tags.

The system is designed to “ensure sheep and goat producers can reduce risks to market access, trade and human health from a disease or food safety emergency".

The government also announced plans to renew wi-fi and video conferencing infrastructure in schools. Most of the funding for this – some $50.4 million – is set for release in 2018-9.

Another $16.4 million over four years will be put towards increasing “bandwidth and digital connectivity for rural schools".

“This initiative will focus on bringing small regional and rural government primary and secondary schools to the same standard of provision as metropolitan schools,” the government said.

The government also unveiled what it is calling a “package of intelligent transport systems (ITS) and intersection upgrades” to reduce Melbourne’s congestion issues.

This will include “upgrading data collection and communications devices in use along the Monash, West Gate and M80 Ring Road managed motorways”.

This appears to build on a separate smart transport project revealed earlier this year, where a 1.2 square kilometre area on Melbourne CBD’s fringe is being fitted with thousands of sensors to understand causes and solutions to congestion.

Also on the road technology front, Victorian highway patrol officers are set to receive automatic number plate recognition technology across the entire fleet of vehicles. They first trialled such technology back in 2010.

It isn’t just police that will benefit from connected technology; other emergency services have also had their projects funded.

The Emergency Services Telecommunications Authority (ESTA) secured baseline funding of $28.3 million “to respond to growth in emergency call-taking and dispatch services, for improved connectivity with emergency service organisations and to relocate one of ESTA’s communication centres to a new facility".

In addition, the government will fund “a new 24-hour police assistance line and an online reporting portal to ensure Victorians can access Victoria Police when and how they need to”.

The government promised a further $6.3 million to remediate radio coverage for emergency services “at key locations”.

“This will strengthen the reliability of operational communications support available to emergency services organisations when responding to emergencies,” it said.