Vic emergency services to use drones as 'eyes in the sky' 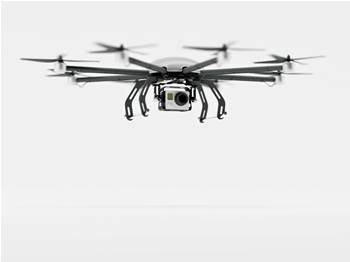 The Victorian Government’s ten-year plan for emergency communications forsees a day when first responders can live stream a birds-eye view of a natural disaster filmed by an overhead drone straight to their tablet.

Just over a month out from the state election, and a week after the state’s Auditor-General highlighted the dangerous holes in emergency communications capability, the Victorian Government has signed off on central coordination agency Emergency Management Victoria’s ‘2025 technology vision’.

In the long term, the plan envisages firefighters will keep an eye on sudden changes in the direction of a blaze by watching footage beamed to their tablet from a video-enabled drone, while incident commanders will use GPS vehicle tracking paired with an overhead view of environmental hazards to manage their response to a natural disaster.

The plan also forecasts a day when paramedics can send the ECG results of a heart attack patient directly to a receiving hospital before they have arrived. It also envisions police will be able to capture their operations through vehicle mounted cameras.

To lay the groundwork for these ambitions, EMV has set out a ten-year, three-phase strategy for shoring up the state’s disparate communications networks, acknowledging the size of the investment and the lead times needed to complete this sort of work.

Matching the Labor opposition’s commitment earlier this week, Emergency Services Minister Kim Wells said the plan will in its early stages cover the expansion of encrypted digital radio into regional areas of the state.

“We recognise that Victoria's needs are changing, and as the demand for emergency services increases each year it is vital that our communications networks keep pace with changing requirements,” he said in a statement.

The bipartisan support has been welcomed by the Victorian Police Association.

"This is the culmination of many years of work by the Association, in that we now have commitments from both major parties to provide a safer, and more fit for purpose communications system," president Ron Iddles said.

"The Association congratulates both major parties on committing to fix an issue which has plagued our members for so long."

In the longer term, EMV wants to establish a “single, joined up network” to be used by all seven emergency services agencies, replacing the 13 voice and narrowband networks, two paging networks and one data network of differing quality currently in use.

Between 2014 and 2016 the agency plans to bundle these voice and narrowband networks to a single non-partitioned network and start delivering broadband capabilities to field staff via commercial infrastructure.

Its end-state will be a unified voice and broadband data network rolled out across the state, supported by a narrowband voice network and pager network.

“It is absolutely crucial that Victoria's emergency services personnel have access to the best technology, so they can access the right information at the right time, and this plan outlines how we will implement and achieve this,” Wells said.