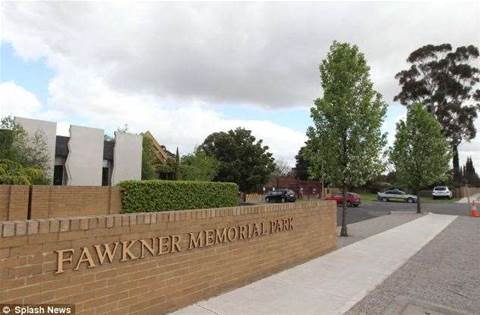 Victoria’s metropolitan cemeteries body is preparing to embark on a complete overhaul of its inherited core operating finance and customer systems.

The GMCT uses financial and cemetery management systems (CMS) inherited from the former Fawkner Memorial Park Trust — the GMCT was established in 2010 to take over the stewardship of then-18 sites across northern, west and east regions of Melbourne from the Fawkner Park Trust.

But, as the GMCT stated in tender documents, “the use of these systems is varied and this project aims to ensure that a common system and approach is used across GMCT’s cemeteries.”

Seventy staff currently have access to the finance and CMS systems. The latter system was developed in house, and the GMCT is now looking for an off-the-shelf solution that can easily be customised to its needs.

The GMCT’s finance system, run on Arrow Financials v5.20, allows the transfer of sales and inventory data from the CMS to maintain balance sheets and profit and loss accounts. It also supports procurement, general accounts functionality and budgeting and management reporting processes.

The GMCT also uses Micropay Meridian for basic payroll processing functionality. It integrates with the finance system and is on the “non-urgent upgrade path” but not part of the current project.

The CMS is used for customer interfacing and administrative processes, such as data, sales, inventory, maintenance and asset management.

The current finance system is not adequate and has resulted in manual work processes, the Trust said.

“The finance function is centralised with no ability for the cemetery users to transact or report from the system remotely, nor are transactions supported by system workflow,” it said.

”It has significantly limited functionality and relies on manual intervention to support its integration with the CMS.”

Similarly, data granularity and system planning functionality in the CMS is currently “significantly limited” and does not allow the GMCT to facility analysis and planning.

“The system has a number of issues and overall does not include the functionality required to service an organisation of the size of the GMCT,” the Trust said.

“Most data exchange is via spreadsheets between third party and custom software. This is leading to significant manual handling and resulting in errors being made and corrected.”

The plan is to implement a fully integrated solution to replace the finance and CMS systems, with all of the involved products to originate from the same vendor to make it easier to integrate, automate and update. The GMCT wants the system to be up and running by early next year.

The Trust signalled that it may need to spend more, given the complex nature of its business requirements, to achieve the best value for money.

“The maintenance of records in perpetuity, and the tracking of client relationships and interrelationships over time are examples of this complexity,” it said.

“As a consequence of the recognised need to implement a solution that is capable of meeting complex current needs and providing a foundation for the future, the GMCT acknowledges that it is seeking a solution that represents reliable value for money rather than necessarily the cheapest tender.”

It indicated an upgrade to its cemetery mapping software could also potentially be included in the core upgrade project.

The GMCT’s spatial mapping technology is based on open source MapGuide 2.4 and enables the identification of filled and vacant plots. It also integrates with the GMCT website to allow people to conduct plot searches.