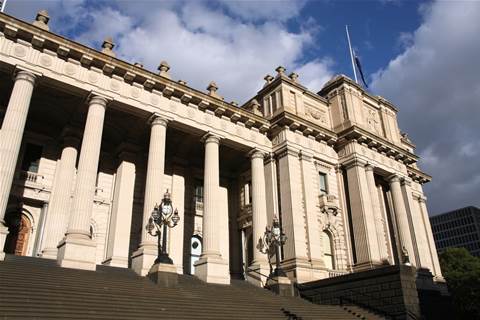 Including $50m for 'cyber safe Victoria'.

The Victorian government has earmarked more than $300 million in its 2021-22 state budget to improve digital services, uplift cyber security and modernise core systems.

Budget documents released on Thursday show the Department of Premier and Cabinet (DPC) as the clear winner, with more than $100 million in new funding over the next four years.

It follows significant funding in last year’s budget to create Digital Victoria, a new entity aimed at centralising and simplifying IT services.

The bulk of the funding will flow to the ‘cyber safe Victoria 2021’ initiative, with $50.8 million set aside over the next four years to “protect public service from cyber attacks”.

The funding will be used to continue to improve “government cyber security controls and early detection of cyber risks”, building on a $7.5 million investment in last year’s budget.

DPC will also use the funding to deploy “world-class technology and software tools… to defend against malicious software” and continue to train government board members.

Budget papers reveal 50 government board members have been schooled in cyber security this financial year, with a further 60 board members expected to be trained in 2021-22.

In addition to the cyber safe initiative, the government has set aside $19 million to strengthen Department of Health and Ambulance Victoria's cyber security in 2021-22.

“This includes support for next generation anti-virus protections, a security operations centre and a recovery service in the event of a successful cyber attack,” budget papers state.

Parliament will similarly receive $9.1 million over four years to upgrade systems in a bid to “improve parliament’s ability to prevent and respond to cyber security threats”.

The funding will be used to introduce cyber security testing, training and awareness programs, as well as to improve incident response and embed 24-hour cyber event logging.

Service Victoria, which was heavily criticised in a recent audit report, will receive $66.9 million over four years to continue digitising government services.

It follows a three year, $40.5 million investment in the one-stop shop in last year’s budget, which included $5.2 million to digitise business licensing.

Budget papers show that 22 agencies t have transitioned to the platform this financial year, with a further 49 expected to move across in 2021-22.

A further $15.7 million will be used to “plan for the evolution of shared services technology infrastructure to further improve operational efficiency, capacity and flexibility”.

Elsewhere in the budget, the Department of Environment, Land, Water and Planning will receive $133 million to upgrade the digital radio service for Forest Fire Management Fire Victoria staff and other emergency response personnel.

A further $71.2 million will be spent on replacing the Country Fire Authority’s digital radios to ensure continued reliability and interoperability with other emergency services agencies.

The Department of Treasury and Finance’s State Revenue Office (SRO) will receive $94.1 million to modernise its revenue management system.

The government said this would “provide a better customer experience and increase the SRO’s efficiency and effectiveness in collecting a range of state taxes, duties and levies”.

A further $56.8 million will flow to the Victorian Civil and Administrative Tribunal's digital transformation, including for case management systems and increased automation.

The Department of Transport will receive $39.4 million for a new automated road assessment and permit system to ensure more timely access to the road network.

Other initiatives funded in the budget include: