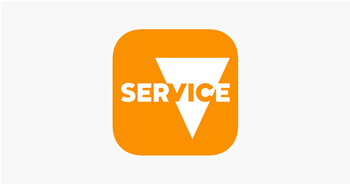 Service Victoria has failed to achieve its predicted savings, with the agency delivering only a small fraction of its intended transactions five years on, the state’s auditor-general has found.

In its report on the service delivery agency, the auditor found that despite improving the customer experience for Victorians, Service Victoria (SV) had “not reduced transaction costs as intended”.

The audit [pdf], released on Thursday, said the original ‘reform program’ business case that led to the agency’s creation in 2015 had predicted a “net financial benefit of $61 million per year”.

Most of this was expected to come from SV providing “cheaper and more efficient transactions”, with $8 million in benefits expected to come through savings in payments and streamlining physical service centres.

But the audit reveals that SV achieved only $6 million in transactional benefits in 2019-20, which it said was a “significant shortfall from the reform program business case's annual transaction benefit estimate of $53 million”.

“The shortfall is because SV did not deliver the volumes or types of transactions that DPC outlined in its reform program business case,” the report said.

The auditor added that transactional benefit “does not reflect the true transitional savings to government”, with savings derived from transferring transactions to SV.

“For most transactions, it does not capture the ongoing costs of the transactions such as agency staff time other indirect costs,” the report said.

Much of the shortfall predicted savings stem from the government’s decision “not to mandate the use of SV and it remains optional for agencies to use”, despite DPC raising this is as one of its risk mitigation strategies.

“The subsequent failure to onboard two bundles of transactions that the business case had anticipated has significantly impacted SV’s benefits realisation,” the report said.

As a result, SV is delivering only a “fraction of its intended transaction volume”, with 1 million transactions – less than 10 percent of the volume predicted by 2018-19 – delivered in 2019-20.

“While this is an increase on previous years, it is a significant shortfall from the business case estimate and makes up only 1.3 percent of all Victorian government transactions,” the report said.

The auditor noted, however, that the speed in which the agency had stood up transactions for Covid had demonstrated its ability to “build and utilise its technology”, in some instances in as little as 2.5 days.

“With the exception of recent Covid-19 related transactions; the types and low volumes of transactions that SV delivers mean it has not realised its objective of reducing the costs of existing government transactions,” the audit said.

Based on its budget allocation for 2019-20, the audit said SV low transaction volume made it “costly on a per-transaction basis”.

The audit said that the government had also “missed the opportunity to realise benefits” from the agency’s scalable digital platform, which would have allowed it to reduce spending on legacy IT.

“DPC advised that over the medium to longer term, the government could decommission high-cost legacy systems and save money,” the report said.

“However, agencies such as VicRoads, Ambulance Victoria and Working with Children Check Victoria still run their own digital transactions.

“This has meant that the Victorian Government has missed the opportunity to realise benefits from one centralised platform.

“Until departments and agencies decommission legacy systems, the government will continue to pay for multiple, fragmented IT systems and their associated costs.”