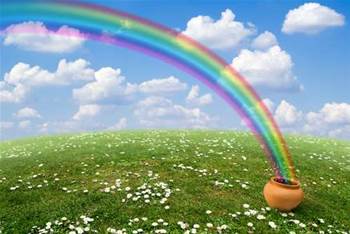 No pot of gold at the end of the MTAS rainbow?

Vodafone is digging its heels in over claims Telstra is pocketing regulated mobile termination fee cuts, angry at having its assertions branded "misleading".

The telco accused Telstra in July of netting $1.4 billion over a nine year period instead of passing on regulated reductions in mobile termination access services (MTAS) prices to users of mobile-to-mobile and fixed-to-mobile voice services.

MTAS is the wholesale agreement that telcos offer each other to connect calls between different networks. It is currently under review.

In a follow-up August 8 submission to the Australian Competition and Consumer Commission (pdf), Telstra said suggestions it had secured a "windfall gain" from not passing on cost reductions were "erroneous and misleading".

Telstra said it had "more than passed on" rate reductions, based on its own analysis of the same set of figures used by Vodafone.

Vodafone has now accused Telstra of using "its own internal information" — rather than publicly-available datasets — to come to that conclusion.

"This claim [that they have actually reduced fixed-to-mobile] prices by more than the MTAS rate reductions is inconsistent with publicly available information," Vodafone said. (pdf)

"In our view, it is quite disingenuous for Telstra to assert that other interested parties' claims,
including VHA's, are misleading when Telstra makes claims based on unsubstantiated internal calculations."

Vodafone said it planned to make more detailed submissions on the issue, but in the interim called on Telstra to disclose figures "so that consumers, industry and the ACCC can assess this issue on its merits".

This appears unlikely as Telstra considers the issue "irrelevant" to the ACCC's MTAS inquiry.