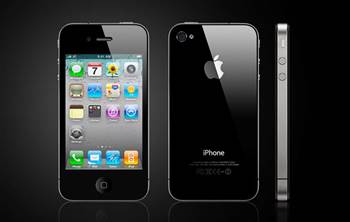 Vodafone Hutchison Australia has blamed a rise in complaints against it on crafty consumers looking for free iPhone 4 upgrades, and also said that many complaints represent a misuse of TIO resources.

The carrier was one of four that responded to a major inquiry launched by the Australian Communications and Media Authority (ACMA) into complaints handling in the telco sector.

VHA referred in its submission [pdf] to complaints made to the TIO (Telecommunications Industry Ombudsman) as "issues" (in inverted commas) and provided several suggestions on why the number was high.

The telco argued that the high number of complaints should be offset against the high growth in customer numbers.

VHA also blamed dodgy consumer behaviour for an increase in the number complaints being lodged with the Telecommunications Industry Ombudsman (TIO).

It said it received a "record number of ‘complaints' coinciding with the launch of the Apple iPhone 4."

"VHA's view was that some customers were using the complaints process as a means of seeking to upgrade their mobile handset for free to the iPhone 4," the carrier alleged.

"VHA considers that these anomalous peak complaint times include some calls which are not genuine complaints. This fact should be taken into consideration when reviewing the [TIO] statistics."

VHA also said consumers were going to the TIO too early with complaints before exhausting all avenues with the carrier.

"[We] understand that customers may be using the TIO as an office of ‘next resort' and approaching the TIO after having made limited attempt(s) to deal with their service provider," VHA said.

"In other cases, the customer may complain directly to the TIO without contacting the service provider.

"If correct, this is a misuse of the TIO and may either be attributed to a misunderstanding of the TIO's function or illustrate willingness to circumvent the complaints handling process."

VHA suggested that a representative from each service provider "reside with the TIO" to resolve complaints referred to the body that do "not appear to raise complex issues."

VHA was not the only telco to see a rise in complaints coinciding with the launch of an iPhone.

"Certainly with respect to the rise in TIO complaints regarding Optus in 2009, this can be specifically linked with transitory issues such as the release of the iPhone into Australia and temporary network performance issues," Optus said in a separate submission to the ACMA.