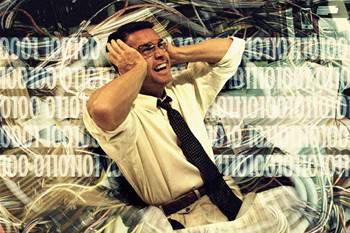 [Opinion] Turn down the noise.

I love being on a fibre to the node connection. Before the FTTN cabinet was put in and I got VDSL2, the ADSL2+ broadband from the old phone exchange miles up the road spluttered along at six to seven megabit per second downloads, and a tenth of that up, on a good day.

When VDSL2 went live in April 2011, the connection speed jumped to around 30Mbps down and 8.5Mbps up. The more than ten-fold increase in upstream speed is hugely important, as I can deliver material ten times as fast, and the fast downstream isn’t to be spat at either.

It didn’t stop there though: to improve the signal in the house, the copper network operator put in a new, short length of shielded wiring, bypassing the existing cabling. That took most of the day for the installer, who had to crawl under the house for hours in uncomfortable heat.

My ISP knows a thing or two about VDSL2 and applied some of this nous. It organised a better router but also applied a wider spectrum profile and had interleaving removed on my clean line so that latency dropped to below 10ms locally.

The result? Fantastic: 67Mbps down, and 10Mbps up. Seriously, once you get quick broadband like that, you don’t want to go back to anything slower.

Except for one thing - I’m now down to 41Mbps downloads after a stint on just 30Mbps as a “dynamic line management” bot kicks in at seemingly random intervals and spots electrical problems on the connection.

According to the network operator, the drastic drop in speed is due to more ADSL2+ connections causing interference on the binder.

A binder or a sheath holds the pair of copper wiring going to your premises. Yours and the copper pairs for many other premises, that is.

I’m a bit dubious about the network operator’s explanation for reasons outside the scope of this piece, but there is no doubt that pushing high frequency signals through unshielded copper wire pairs will cause “cross talk” and interference.

This is just how such electric signals over copper behave. The copper network was not designed to transmit high-frequency signals and the more you do it, the chance of performance degradation and variation shoots up.

And with that comes customer unhappiness because an originally fast service drops by half or more of its original speed and the problem can’t be remedied. Or can it?

Read on to find out about the solution - and the potential consqeuences for the telco market...