Vale Vista, the operating system not even your mother loved 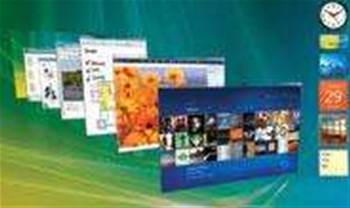 The thorn in Microsoft's side will soon be laid to rest.

There are only a few more weeks until Microsoft’s Windows Vista operating system is officially put out to pasture.

Official support for Vista runs out on April 12 Australian time - after that, you're on your own on the internet without any security patches to stave off malware, ransomware,and other evil things.

It won’t matter much to the majority of desktop users: depending on which usage stats you consult, Vista’s market share this year is somewhere between 0.2 and 0.8 percent of all desktop operating systems.

Vista was never the star of the Windows family of operating systems: that crown went to Vista's older brother XP, which was much loved and turned out to be a tough act for its successor to follow.

Vista had a lukewarm reception when it was released in 2007, and was shoved out of the limelight in 2009 when Windows 7 arrived to much fanfare. It reached its peak in 2010 when it held somewhere between 15 to 26 percent of market share, but Windows 7 had already surpassed it.

Project Longhorn, as Vista was codenamed, went wrong because Microsoft bit off more than it could chew as it attempted a necessary re-engineering of Windows XP.

There were numerous delays as Microsoft battled to get the trustworthy computing edict Bill Gates had issued to apply to Vista, which simply had to be more secure than Windows XP.

They drummed up publicity by advertising PCs as "Vista Capable”  to encourage sales.

But complaints soon surfaced when users found their new PCs with 512mb of RAM and DirectXP graphics could only run the most stripped down version of the operating system, Vista Home Basic.

The innovations that attracted consumers to the new OS - things like the Aero user interface and a handful of Media functions - couldn't run on their PCs.

"I now have a US$2100 email machine," leaked emails from Microsoft vice president Mike Nash read.

"We really botched this. You guys have to do a better job with our customers," Jim Allchin, a veteran from the very earliest days of Windows at Microsoft Division, wrote.

Microsoft heeded Allchin's words and quickly got Windows 7 out the door two years later in 2009, and stopped retail sales of Vista the following year.

But while Windows 7 was a step away from some of Vista's concepts and quirks that alienated customers, it didn’t prevent Microsoft from repeating past mistakes with Windows 8.

Windows 8 introduced a dual user interface featuring Metro apps with a flat, modern look that ran full-screen, aimed at tablets that nobody bought. The traditional Windows desktop was given a second-string role.

Unfortunately for Microsoft, business users especially cared far more about running traditional Windows apps than Metro ones, forcing the software giant to backpedal furiously and dial down the radical stuff with Windows 8.1.

Vista and Windows 8 taught Microsoft harsh lessons about involving and engaging with its user base.

With Windows 10, Microsoft is hoping it has found the magic formula of a stable and reliable operating system that will entice enterprise customers to upgrade regularly, but also appeal to enthusiasts living life on the bleeding edge.

Time will tell where that road takes us, but it won’t land us at Windows 11. Windows 10 is the last time we'll see a versioned edition of the OS.