UXC to focus on core IT businesses 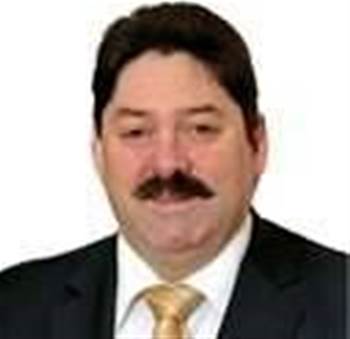 The new management of ASX-listed IT service provider UXC has flagged an intention to sell off two underperforming business units to restore shareholder value in the company.

The company had previously considered selling its entire operations to an unnamed bidder.

The group's board has accepted a proposal by the company's newly-appointed managing director Cris Nicolli [pictured] to divest its environmental services operations and retail solutions business as soon as practicably possible.

"It has been determined that these businesses are not part of the [UXC] strategy going forward and their performance does not meet UXC criteria, thus UXC will divest these operations," the company said in a statement to the ASX.

The company will also divest parts of its Fieldforce business unit that are concerned with environmental assessment services. The company had built up considerable resources around Government-funded schemes such as the Green Loans program and Green Start program - both of which were cancelled without warning just prior to Christmas.

Nicolli said the Federal Government had otherwise been encouraging private organisations to continue investing in such infrastructure.

The company said this demonstrated the risks associated with aligning business strategy with government programs.

Nicolli said the company would write down $7 million as a result of the divestment, but signalled that this write-down represented "a fraction of the losses contributed by these business units in the previous year."

Nicolli was appointed managing director of the company in late 2010 after leading its Business Solutions Group, which provides IT services through integrators such as Oracle specialists Red Rock Consulting, SAP specialists Oxygen, IT and communications specialists UXC Connect (formerly Getronics) and Microsoft financials specialists Eclipse. Nicolli had previously been employed by Nortel and Compaq (now HP).

Niccoli told iTnews this afternoon that the company would focus on its core IT strengths to achieve "consistency of earnings, rather than the ups and downs associated with government programs."

"UXC is a $500 million IT group," he said. "We are bigger than all our peers but we don't command the value that level of business [deserves]," he said. "We are very pleased with the performance of the IT group and will soon announce some significant wins.

"I expect customers will be much happier with us investing our money in the IT group," he said.

Got a news tip for our journalists? Share it with us anonymously here.
Copyright © CRN Australia. All rights reserved.
Tags:
divestenvironmentalnicolliretailsolutionsstrategyuxc