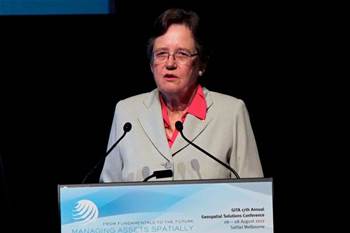 The former chairwoman of Queensland electricity giant Powerlink has urged Australian utilities to respect customers’ privacy while considering how they might tap into social networks to inform products and operations.

Social media offered a goldmine of customer information to help utilities paint a “complete picture” of customers’ usage habits, requirements and infrastructure issues, to inform everything from product planning to load forecasting, she said.

But companies should respect privacy and relevance to avoid overapplying their immense analytical capabilities, she warned.

“Multiple organisations know where you are, what you look like and how you spend your money. It’s possible to collect humungous amounts of data [about customers] but it’s not so easy to ensure that we always use it wisely and responsibility.

“Now, more than ever, technically formed wisdom may be the asset with the highest value.”

Shepherd noted that the utility industry’s traditional gap between technical operations and customer-facing retail activities was closing, with modern customers making new demands of their providers.

Pressures to reduce carbon footprints, replace ageing plant, operate ‘intermittent’ generation plant such as wind turbines – and particularly the explosion in installations of photovoltaic (PV) cell solar panels on customers’ roofs – had turned long-held assumptions about electricity networks on their heads, she said.

“Our power grids were conceived to have whopping big generation at one end and customers at the other,” she explained.

“Today the picture is changing, and we have a lot of new issues to deal with. Grids now have to cope with power generation embedded in them – and the huge appetite of consumers for renewable power is causing havoc in the operation of these grids.”

Shepherd said utilities needed to think outside the box as customers played a more active role in power generation and smart-meter rollouts, pushing utilities into having unprecedented two-way interactions with customers and premises equipment.

“Utility companies start putting dots on the map to represent each of those customers,” Brooks said.

“They can put a map together to show where the outage is. They really started the whole crowdsourcing bit.”

Dan Paull, chief executive officer of geospatial firm PSMA, also noted the "capacity to utilise the experience of the consumer to improve the quality of underlying data".

Although the company still released data every 90 days, Paull said it completed updates in far less time than that. In the long term, he hoped that data from customers would allow the company to shorten its update cycles to almost-real time.

"The supply chain is no longer one-directional," Paull told the conference.

"We've developed a simple orchestration environment that lets user organisations to determine what functions are important to them, how they should be used, which commercial web services could be used, and connect those in a specific way to build functions specific to a group of users.

Shepherd added that social networks like Facebook, Twitter and LinkedIn were rich data sources that could be meaningfully tied, through enterprise analytics systems, with existing asset-management registers to improve network planning and management.

She noted that information managers would need to present such data to workers in intuitive formats, suggesting that well-designed tablet applications may encourage greater employee engagement.

“How can we ever think we can present data and information just as a set of numbers?” she asked, citing an application where workers had been re-engaged in shift handover information by charting and overlaying that information onto maps of the physical plant.

“They can pick up the iPad and go in there to find out the full story about hazards, or something that must be fixed on the next shift. And, of course, they like playing with iPads.”