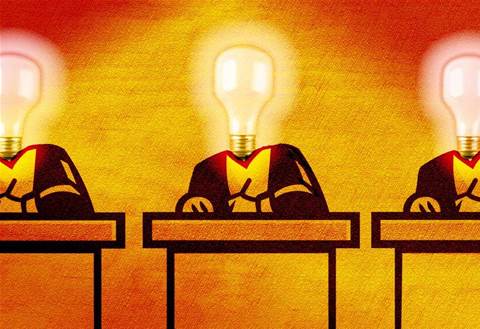 Anti-filesharing law with fines of up to NZ$15,000 kicks in today.

An anonymous activist claimed to be downloading copyright material through a 'Government ISP' less than an hour after an anti filesharing law came into effect in New Zealand.

The claim was posted on social bookmarking site Reddit by user “drunkonthepopesblood” at 12.55am New Zealand time this morning.

The law, passed in April, held internet account holders liable for infringement instead of the filesharers themselves.

If an account holder received three infringement notices, rights holders could take the person or organisation to the Copyright Tribunal, which could impose penalties up to NZ$15,000 ($12,000) payable to the copyright holder.

Enforcement would begin on September 1 for infringements taking place 21 days prior.

Green MP and IT spokesman Gareth Hughes yesterday raised the issue of Parliament risking fines under the new copyright law in the House.

Hughes was concerned that there was no plan for Parliament to deal with the new law, which could also lead to some schools, libraries and universities ceasing to provide internet access to students.

IP lawyer Rick Shera of Auckland firm Lowndes Jordan said if parliamentary IP addresses were linked to illegal file sharing before the Copyright Tribunal, those instances could be aggregated and the account holder fined.

Shera said Parliament could be fined under the new law as it amended the Copyright Act 1994, which in section 13 states: "This act binds The Crown".

No evidence of P2P downloads

Jason Ryan, a spokesman for the State Services Commission, which produced the internet code of conduct for government agencies, disputed the activist's claims, said the organisation had seen no evidence of the P2P download taking place so far on the network.

“There are 220 government agencies,” Ryan said, adding that all of those and their public servants were “expected to act lawfully and according to a code of conduct” for internet usage.

According to Ryan, “there is no tolerance for unlawful conduct”. He said the government network was “extraordinarily secure” and there were ways of detecting illicit usage such as large-scale downloading.

For Parliament to fall under the new three-strikes regime, it would have to allocate IP addresses as a business activity.

If instead it received its address range directly from APNIC, then it may not be classified as an account holder or IP address allocator, and would fall outside the new regime.

Commenting on the alleged download of copyrighted material from a Government account, lobby group InternetNZ’s chief executive Vikram Kumar said the Government had "placed a huge liability on account holders, and it will be interesting to see what they’ll do about this case.”

Kumar had seen no evidence of the actual infringement taking place, but did not expect to have visibility of it either, as “it’s taking place behind a firewall”.

“The Government has relied on media to inform people about the new act, and appear to not have told its own employees of it,” he said.

“While I wouldn’t normally condone illegal activity, when the law is an ass it needs to be held up for everyone to see,” he said.

“The new law clearly hasn’t been well thought out, and the lack of education and information from the Government has been quite woeful.”