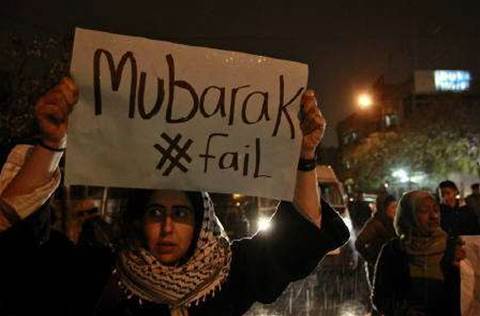 Users in Cairo, Alexandria back online.

Internet access has resumed in the Egyptian cities of Cairo and Alexandria after five days of cut connections, Internet users reported on Wednesday.

Access to the Internet has been cut since January 28 in what appeared to be an attempt to stop the frenzied online spread of dissent during a wave of nationwide protests against President Hosni Mubarak's 30-year-rule.

Internet access appeared to have been restored at the same time as pro-Mubarak supporters - some of which were reported to be plain clothes police - clashed with protestors in Cairo, spurring violence and panic.

The return of net access also came as U.S. search engine Google launched a special service to allow people in Egypt to send Twitter messages by dialing a phone number and leaving a voicemail.

"Like many people we've been glued to the news unfolding in Egypt and thinking of what we could do to help people on the ground," read a post on Google's official corporate blog on Monday.

The service, which Google said was developed with engineers from Twitter, allows people to dial a telephone number and leave a voicemail. The voicemail is automatically translated into an audio file message that is sent on Twitter using the identifying tag #egypt, Google said.