US to roll back domestic surveillance 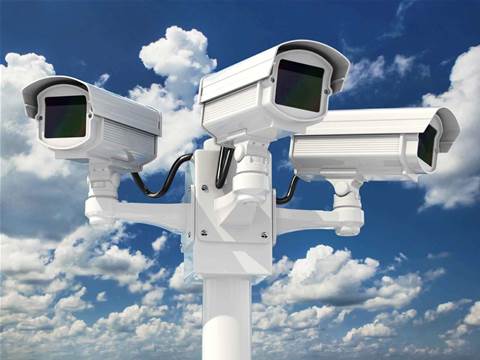 Key provisions of the USA Patriot Act including roving wiretaps and the bulk collection of citizen's metadata is set to lapse over the weekend if US Congress fails to take action.

The Patriot Act was put in place post-9/11 in an effort to prevent another mass-casualty terrorist attack.

"We're past the immediate aftermath of the 9/11 attack. And we can look at these issues more calmly," said Peter Swire, who served on a review panel appointed by President Barack Obama after former contractor Edward Snowden's 2013 revelations of vast NSA surveillance.

For instance, the FBI will no longer be able to employ 'roving wiretaps' aimed at terrorism suspects who use multiple disposable cell phones, and will have more difficulty seizing such suspects' and their associates' personal and business records.

With the clock ticking, a coalition of Senate Republican libertarians and security hawks has blocked action on new legislation known as the USA Freedom Act that would reform the bulk telephone data program but not kill it.

Currently, telecom providers are legally required to send phone records to the US government. The USA Freedom Act would require private firms to hold the data, which the NSA could search with court authorization.

The US Senate is scheduled to hold a special session to consider the legislation at 4 pm (2000 GMT) on Sunday, just as security officials say they have to begin shutting the NSA program down to meet a midnight (0400 GMT) deadline. The USA Freedom Act already has passed the House of Representatives and has Obama's strong support.

How badly US counter-terrorism efforts would be disrupted by even a temporary suspension of the telephone data collection is disputed.

"The intelligence community will lose important capabilities," the director of National Intelligence James Clapper said in a statement. "Prompt passage of the USA Freedom Act by the Senate is the best way to minimize any possible disruption of our ability to protect the American people."

But many experts and civil liberties advocates say that US intelligence and law enforcement authorities have other powerful, and less objectionable, tools to investigate and prosecute militant plots. Those include court orders, subpoenas and other forms of electronic surveillance.

This month, a federal appeals court ruled the telephone data collection program was illegal, going beyond what the Patriot Act authorized. The court declined to halt the program, saying it would give Congress a chance to act.

The bulk telephone records program, first exposed by Snowden, collects metadata, including the number dialed and time and length of the call but not its content.

Senior US officials have said the surveillance fills a critical gap, determining whether a militant overseas is communicating with someone inside the United States.

Swire, a privacy and cyber security expert and a professor of law and ethics at the Georgia Institute of Technology, said the panel he served on "looked at the classified file and concluded that telephone metadata had not been essential to preventing any attack."

Current and former US intelligence officials say that is the wrong yardstick to use.

"Very seldom do we have one (single) piece of information" that prevents a terrorist attack, said Richard Schaeffer, a former top NSA official. "It is literally collecting the dots" and piecing them together, he said.