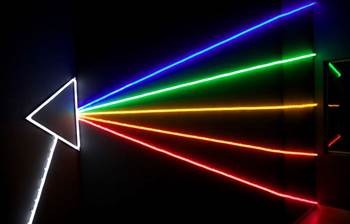 Major US telco Verizon has field tested an upgrade to its passive-optics fibre to the premises network, reaching download speeds of up to ten gigabits per second.

Verizon's FTTP field testing used next-generation passive optical network technology [pdf] to establish a connection between the provider's central office in Framingham, Massachusetts, to a business and a residential customer on its FiOS service just under five kilometres away.

Vincent O'Byrne, who heads up Verizon's access technology unit, said in a statement that further development should see symmetric 10/10Gbps per wavelength or colour, a service requirement the telco said will increasingly be needed as home smart devices take off.

The telco is working on developing its passive optic FTTP service to deliver higher speeds, reaching 40 to 80Gbps, to meet market demand. This can be done by adding further wavelengths or colours of light to the fibre-optic cable.

NG-PON2 can be delivered in parallel with the existing gigabit passive optic network (GPON) service, and comes with improved reliability features.

The next generation fibre optic broadband service option has been under development since 2012 by the International Telecommunications Union which standardised it this year, with rival telco vendors Alcatel-Lucent and Huawei championing it.

It uses four fixed laser wavelengths, and utilises both time and wavelength division mulitplexing of these.