US tech industry urges Obama to keep hands off encryption 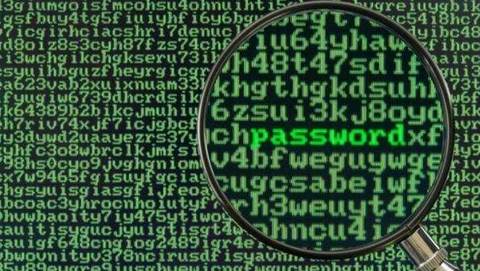 In a strongly worded letter to the US president today, two industry associations representing major software and hardware companies said they were "opposed to any policy actions or measures that would undermine encryption as an available and effective tool".

The Information Technology Industry Council and the Software and Information Industry Association, representing tech giants such as Apple, Google, Facebook, IBM and Microsoft, fired the latest salvo in what could be a long fight over government access into smartphones and other digital devices.

Obama administration officials have pushed the companies to find ways to let law enforcement bypass encryption to investigate illegal activities including terrorism threats, but not weaken it in a way that would let criminals and computer hackers penetrate the security wall.

So far, however, the White House has not spelled out specific regulatory or legislative steps that it might seek to achieve that objective.

While he recognised tech companies' efforts to protect Americans' civil liberties, Earnest said the companies "would not want to be in a position in which their technology is being deployed to aid and abet somebody who’s planning to carry out an act of violence".

Days earlier, the United States enacted legislation that will curtail the government's ability to scoop up huge volumes of data related to records of Americans' telephone calls.

The government surveillance was an outgrowth of the Sept. 11, 2001, attacks on the United States and was exposed by former National Security Agency contractor Edward Snowden.

The industry groups noted that online commerce has flourished in part because consumers believed their payment information would be secure.

"Consumer trust in digital products and services is an essential component enabling continued economic growth of the online marketplace," the industry wrote.

"Accordingly, we urge you not to pursue any policy or proposal that would require or encourage companies to weaken these technologies, including the weakening of encryption or creating encryption 'work-arounds'."

It is the second public letter technology companies have published to government in response to proposed technology legislation.

"If American companies maintain the ability to unlock their customers’ data and devices on request, governments other than the United States will demand the same access, and will also be emboldened to demand the same capability from their native companies," the tech vendors wrote.

"The US government, having made the same demands, will have little room to object. The result will be an information environment riddled with vulnerabilities that could be exploited by even the most repressive or dangerous regimes.

It was a response to the White House's current deliberations on the issue. Obama is considering his position as other high-powered officials - including UK Prime Minister David Cameron and FBI boss James Comey - all push for mandatory backdoors.