US regulators accuse Palantir of discriminating against Asians 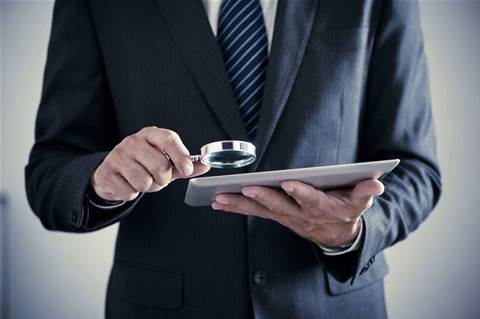 The US Department of Labor has filed an administrative lawsuit against Palantir Technologies, alleging the data analytics and security company systematically discriminated against Asian job applicants.

Privately-held Palantir helps government agencies globally track down terrorists and uncover financial fraud. It raised US$880 million in funding late last year for a US$20 billion valuation, and is considered one of Silicon Valley's most secretive companies.

The lawsuit alleges Palantir routinely eliminated Asian applicants in the resume screening and telephone interview phases, even when they were as qualified as white applicants.

Palantir denied the allegations and said it intends to "vigorously defend" against them.

Palantir was co-founded by Peter Thiel and Joe Lonsdale, two of Silicon Valley's more influential investors and entrepreneurs. A representative for Thiel could not immediately comment on the lawsuit.

In one example cited by the Labor Department, Palantir reviewed a pool of more than 130 qualified applicants for the role of engineering intern. About 73 percent of those who applied were Asian.

The lawsuit, which covers Palantir's conduct from January 2010 until now, said the company hired 17 non-Asian applicants and four Asians.

"The likelihood that this result occurred according to chance is approximately one in a billion," said the lawsuit, which was filed with the department's Office of Administrative Law Judges.

The majority of Palantir's hires as engineering interns, as well as two other engineering positions, "came from an employee referral system that disproportionately excluded Asians," the lawsuit said.

However, Palantir said the Labor Department relied on a "narrow and flawed statistical analysis relating to three job descriptions from 2010 to 2011".

Since January 2010, Palantir has been a party to federal government contracts worth over US$340 million, the lawsuit said.

The Labor Department sent Palantir a notice in October 2015 about its findings, according to the lawsuit. Both before and after that notice, labour regulators attempted to secure Palantir's voluntary compliance, the lawsuit said, but they did not succeed.

The lawsuit seeks relief for persons affected, including lost wages.