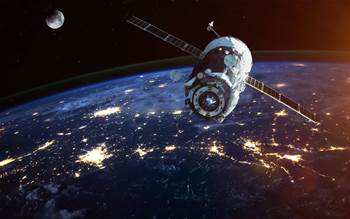 But satellites still in the design phase.

The US Federal Communications Commission on Thursday said it had approved Amazon’s plan to build a network of over 3200 satellites through “Project Kuiper” to provide high speed broadband internet service.

Amazon plans to deploy Kuiper in five phases and “will provide broadband services to unserved and underserved consumers, businesses in the United States, and global customers.” The FCC said “the broadband services Kuiper proposes to provide will benefit American consumers.”

In 2018, the FCC voted to allow Space X, Telesat and two other companies to roll out new satellite-based broadband services.

The FCC, which had approved SpaceX’s initial plans in March, further approved the company’s request on Thursday for access to additional frequencies and to operate an additional 7500 satellites at very low-Earth altitudes.

Satellite service faces challenges including the rising amount of orbital debris and the expense of deploying large numbers of satellites.

In 2018, FCC Chairman Ajit Pai said satellite technology can provide high-speed internet for Americans who live in rural or hard-to-serve places where fiber optic cables and cell towers do not reach. The technology could also be a critical backstop when hurricanes or other natural disasters disrupts communications, he said.

The FCC noted “the design of Kuiper’s satellites is not completed.”

Space X Chief Executive Officer Elon Musk said in a 2015 speech that SpaceX planned to launch a satellite-internet business that would help fund a future city on Mars.