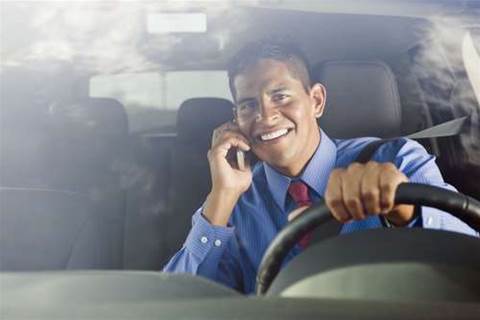 A Freedom of Information request has uncovered suppressed research which showed that mobile phone use while driving could be a much bigger problem than originally expected.

The research showed that making a call while driving makes the occupant four times as likely to have an accident and is the equivalent of having a blood/alcohol content of 0.08, the legal limit in the US [Australia is 0.05]. This was also the case for other electronic devices.

More worryingly the research showed that hands-free kits aren’t any safer, since it is the mental distraction of the call that causes the bad driving, not the use of a handset itself. This would make laws requiring the use of Bluetooth headsets ineffective.

The researchers at the National Highway Traffic Safety Administration (NHTSA) suggested a larger scale study should be carried out in 2003. But Dr. Jeffrey Runge, then the head of the highway safety agency, told the New York Times that the project was dropped for political considerations.

He said that the agency was afraid of angering Congress,

“I really wanted to send a letter to governors telling them not to give a pass to hands-free laws,” said Dr. Runge.

“Based on the research, there was a possibility of this becoming a really big problem. My advisers upstairs said we should not poke a finger in the eye of the appropriations committee.”

The research was buried and only came to light after a Freedom of Information request by consumer advocacy groups Public Citizen and the Center for Auto Safety.

“People died in crashes because the government withheld this information,” said Clarence Ditlow, executive director of the Center for Auto Safety.

“States passed laws and took action to restrict only handheld cell phone use assuming hands-free cell phones use was safe. The studies NHTSA concealed showed that all cell phone use is as hazardous as drinking and driving.”

The groups originally requested the data in 2008, but were turned down. They sued and the agency has finally handed over 100 of pages of documents.

“It is a travesty that NHTSA kept secret factual information that could have saved lives,” said Public Citizen attorney Margaret Kwoka, who handled the case.

“Although FOIA protects an agency’s decision-making process, these documents reflect facts about safety risks that the public had every right to see.”

Got a news tip for our journalists? Share it with us anonymously here.
Copyright ©v3.co.uk
Tags:
hardware information phone research showed