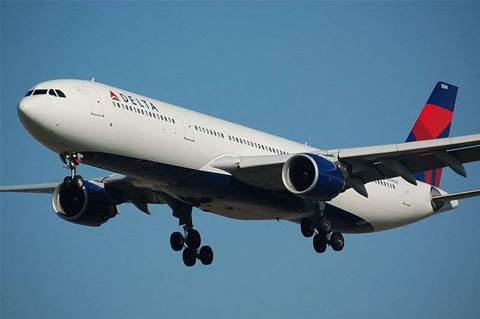 Airline passengers will soon be able to use electronic devices throughout their entire flight after the US Federal Aviation Administration ended a long-standing ban.

US airlines Delta Air Lines and JetBlue quickly filed plans with the FAA to show that their aircraft can tolerate radio signals from electronic devices, a condition required by the regulator.

The change is likely to boost the use of gadgets such as Amazon's Kindle readers or Apple's iPad.

"Most commercial airlines can tolerate radio interference from portable electronic devices," FAA Administrator Michael Huerta said at a news conference at Reagan National Airport near Washington, DC. "It's safe to read downloaded materials, like e-books, calendars and to play games."

Passengers will be able to connect with an airline's wi-fi network and can use Bluetooth accessories, such as wireless mouse and headphones.

A big winner from the change could be Gogo, whose shares rose 6.4 percent after the FAA announcement.

The company supplies Internet service to about 80 percent of the US aircraft fleet, and on Monday announced a deal to provide Internet to 70 Japan Airlines planes.

The FAA's decision is likely to move more passengers toward "always-on" connectivity, said Jonathan Schildkraut, an analyst at Evercore Partners in New York.

"Any increase in time spent connected is viewed as a positive," he said.

Technology fans have recently decried the "high cost to the traveling public" of passengers not having unfettered access to their mobile devices.

"More than 105 million hours of disrupted technological activity on domestic flights is projected in 2013 - an estimated 104 percent increase since 2010 - due to the FAA ban on the use of devices during takeoffs and landings," according to a May 2013 study by the Chaddick Institute for Metropolitcan Development at Chicago's DePaul University.

The FCC in May started deliberations on a proposal that would offer a new type of in-flight broadband service promising US fliers higher wi-fi speeds and better connections.

The proposal, which has been pushed for years by wireless equipment maker Qualcomm, seeks to open up more radio airwaves for airborne Internet access.

As a practical matter, cellphones should be kept in airline mode during flight, the FAA's Huerta said. Without this setting, cellphones would continue to search vainly for a signal while aloft, draining batteries.

Huerta said the guidance applies to US airlines throughout their domestic and international routes.

Huerta said he sought updated guidance on the matter, since the current policy was put in place about 50 years ago.

Among those giving input to the FAA for the long-awaited decision were representatives of airlines, plane manufacturers, passengers, flight attendants and the mobile technology industry.

A committee set up to recommend how the rules should change started work in January on what was to be a 6-month project. It later got a 2-month extension to work on guidance on how airlines could assess the safety risk posted to critical flight systems.

A backer of the change, the Consumer Electronics Association on Wednesday urged the agency to ease restrictions before the busy holiday travel season. It said the FAA's move "will bring policy on in-flight use of devices up to speed with the 21st century."

Huerta said that in some cases of extremely low visibility, for perhaps 1 percent of all U.S. flights, some landing systems may not be able to tolerate radio interference, and in those cases passengers should follow the advice of flight crews.

The Association of Flight Attendants-CWA applauded the decision as it pushed for "uniform technical, operational, and training standards that will allow for the safe, managed expansion of PED usage by passengers."

The US Travel Association, an industry group, praised the move as a "common-sense, win-win" policy.